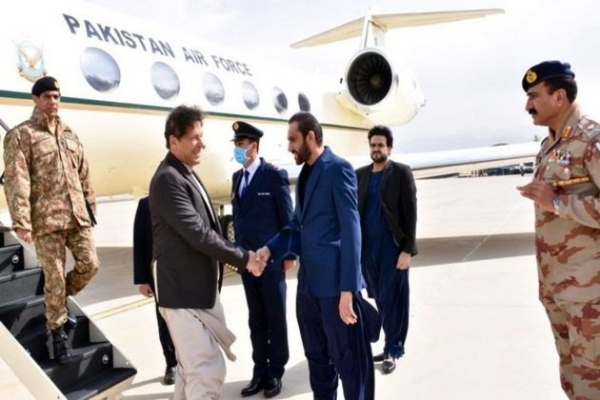 Imran Khan and Bajwa will be given a comprehensive briefing later in the day and they will also meet local tribal elders, reported Dawn citing the Inter-Services Public Relation (ISPR).

Bajwa will spend the day with troops and also meet those who repulsed the attack on February 2. The Army chief will be briefed about the security situation in the area as well as operational preparedness of the formation to counter-terrorist activities, reported Dawn.

A meeting of the Federal Cabinet was cancelled on Tuesday due to Imran Khan’s visit.

Fawad Chaudhary, Minister for Information and Broadcasting, earlier on Tuesday in his Tweet had said federal cabinet meeting had been cancelled due to Quetta’s visit of the premier.

It came after 20 terrorists and nine soldiers were killed last week as security forces repulsed terrorist attacks on their camps in Balochistan’s Naushki and Panjgur. (ANI)