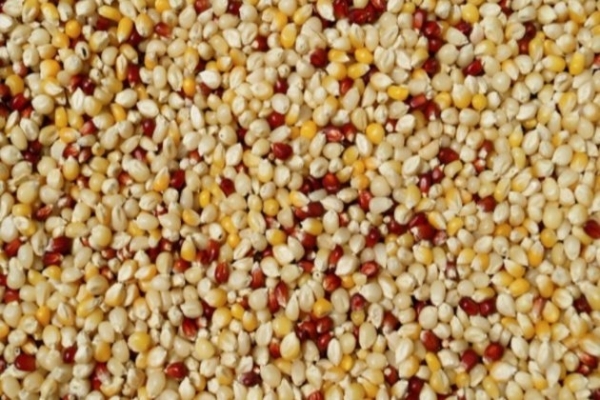 New Delhi [India], February 8 (ANI): Aggressive efforts by the Agricultural and Processed Food Products Export Development Authority (APEDA) towards facilitating shipments of millets by Indian exporters and helping them make inroads into new markets combined with globally rising demand for nutria-cereals, has positioned India strongly for an exponential increase in millets export in the coming years.

A major boost to production and exports of nutri-cereals like millet has come in Budget 2022 which has provided assistance for post-harvest value addition and branding of millet products in the domestic as well as global markets, said the Ministry of Commerce on Tuesday.

With Indian exporters finding new markets abroad, India has emerged as the fifth largest exporter of millets in the world, according to 2020 data, with outbound shipments increasing at around 3 per cent compounded annual growth rate (CAGR) in the last five years ending 2020.

Global export of millets in 2020 stood at USD 466.28 million. The top three importers of millets from India in 2020-21 were Nepal (USD 6.09 million), UAE (USD 4.84 million) and Saudi Arabia (USD 3.84 million). The other seven destinations in the top 10 list of India’s millet export are Libya, Tunisia, Morocco, UK, Yemen, Oman and Algeria. Altogether, these 10 countries imported millets worth USD 22.03 million from India. Other countries accounted for millets imports worth of USD 5.13 million from India, taking the grand total of imports from India in 2020-21 to USD 27.43 million, according to official data,With physical exhibitions and international trade fairs ruled out on account of the COVID-19 outbreak, APEDA has developed its own Virtual Trade Fair application to facilitate interaction among exporters, producer organizations and international buyers. In March 2021, APEDA organized its first such fair which saw the participation of millet exporters also.

To give impetus to the export of potential products as well as to remove the bottlenecks in the supply chain of nutria-cereals, APEDA is planning 16 programmes for the promotion of millets and its value-added products in UAE, Indonesia, USA, Japan, UK, Germany, Australia, Republic of Korea, South Africa and Saudi Arabia. It has also created the nutria-cereals export promotion forum which also included millets exports, organized a sensitization programme for millet start-ups to familiarize them about export opportunities and signed an MOU with the Indian Institute of Millets Research (IIMR) for creating a strategy for promotion of millets and millet value-added products. (ANI)