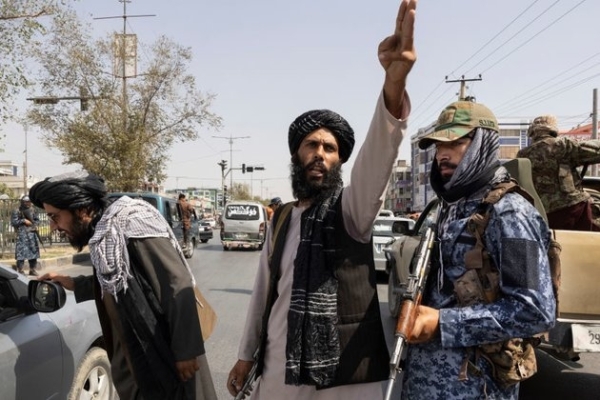 The UN confirmed that two reporters held by the Taliban have been released, along with a number of Afghan nationals

Two British journalists on assignment with the UN and a number of Afghan nationals working alongside them were released from captivity on Friday evening, the UN Refugee Agency confirmed. The reporters were allegedly part of a group "kidnapped" by Afghanistan’s ruling Taliban earlier that day.

"We are relieved to confirm the release in Kabul of the two journalists on assignment with UNHCR, and the Afghan nationals working with them," the UNHCR said in a tweet, adding that, "We are grateful to all who expressed concern and offered help."

The UNHCR announced the arrest of the reporters and the Afghans earlier on Friday, but offered no further comment on their situation. Afghanistan’s former vice president, Amrullah Saleh, however, announced their names and said they were "kidnapped" along with seven other citizens of Western countries.

It was not immediately clear whether Saleh mistook the reporters’ Afghan companions for Westerners.

The journalists named by Saleh were Andrew North and Peter Juvenal. North is a former BBC correspondent who has worked independently since 2014, while Juvenal is a former British soldier and BBC cameraman who now runs a restaurant in Kabul.

The Taliban has not commented on the alleged arrests.