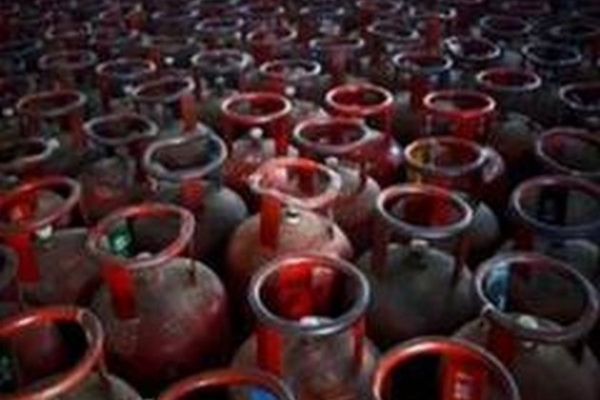 Sources told ANI that unauthorised agents or people involved in black marketing are also involved in refilling commercial cylinders through domestic cylinders. Some distributors are involved in this diversion.

Distributors are selling the domestic cylinders with a profit of Rs 200-250 to unauthorised agents, who in turn refill commercial cylinders and sell these directly to restaurants, eateries, tea stalls between Rs 1300-1550, which is much below the authorised rate of Rs 1907 for a commercial gas cylinder.

All involved persons are making huge money except exchequer which is losing money in this illegal trade. An industry source told ANI that why would people buy a 19kg commercial cylinder at Rs 1907 if they were able to get them at Rs1300- Rs1550, which is much cheaper than authorised price of gas agency. Industry sources said that people in villages are suffering due to the diversion of domestic cylinders to commercial purpose.

Last month Supply Department of Cachar in association with officials of IOC raided a godown of a gas agency and recovered over one thousand domestic gas cylinders. Investigation revealed that agency has been black marketing these cylinders illegally and selling them at much higher rates.

In Yamunanagar, Haryana also, Haryana Chief Minister’s flying squad conducted a raid at a rice mill in Bilaspur block of Yamunanagar and seized over 1,400 commercial LPG cylinders which were allegedly stored illegally. Those cylinders belong to a Gas Agency but they did not have any permission to stock the LPG cylinders at the premises where cylinders were stocked.

MK Surana, Chairman, HPCL, said, "we have a set mechanism to deal with the black marketers involved in such illegal activities. If we found that any of our gas agencies are involved in black marketing then we take action against our dealers or distributors." (ANI)