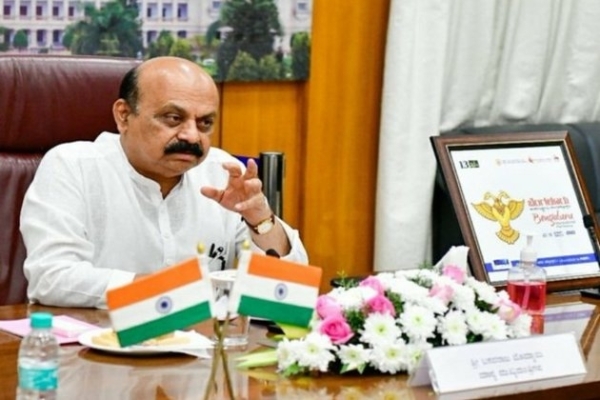 Bengaluru (Karnataka) [India], February 23 (ANI): Amidst demand for National Investigation Agency (NIA) probe in Bajrang Dal activist Harsha murder case, Karnataka Chief Minister Basavaraj Bommai on Wednesday said that a decision in this connection will be taken based on the outcome of the police investigation.

"Many have been arrested and they are being interrogated in the case related to the murder of Harsha in Shivamogga. The investigation is on. Based on the outcome of the investigation we will decide as to which agency should be assigned the task of further investigation," said the Chief Minister, while speaking to media persons here.

He said along with the probe, maintaining law and order is his government’s priority and for which curfew is in force in Shivamogga.

A total of six people have been arrested and 12 are being questioned by the State Police in connection with Bajrang Dal activist Harsha murder case, said BM Laxmi Prasad, Superintendent of police, Shivamogga on Tuesday.

Meanwhile, the Deputy Commissioner of the district Selvamani R announced that CrPC section 144 has been extended by two more days till Friday morning.

A 26-year-old Bajrang Dal activist was allegedly murdered on Sunday night in Shivamogga. Security was tightened in the city following the incident. (ANI)