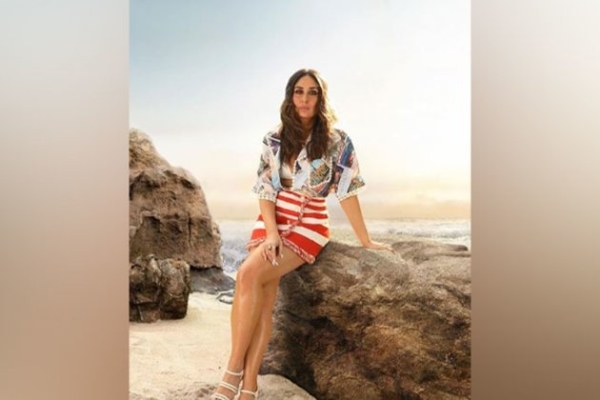 Mumbai (Maharashtra) [India], March 21 (ANI): Bollywood actor Kareena Kapoor is back in the city after a long vacation in the Maldives and has beaten her Monday blues by enjoying biryani with her team.

Taking to her Instagram handle on Monday, the ‘Jab We Met’ actor shared a video where she can be seen enjoying scrumptious biryani. While enjoying a plate of biryani, Bebo is also seen discussing desserts with her team that she wants for tomorrow.

She captioned her post, "Monday blues biryani... Already planning tomorrow’s dessert...Reels ReelItFeelIt Biryani."As soon she shared the video, her sister, Karisma Kapoor commented, "I have missed this Biryani."While Malaika Arora Khan wrote, "Bebo when am back I want. I DEMAND !!!!!"Meanwhile, on the work front, Kareena will be seen in ‘Laal Singh Chaddha’ alongside Aamir Khan.

Apart from this, she has also announced her OTT debut in a Sujoy Ghosh directorial with Jaideep Ahlawat and Vijay Verma, which will stream on Netflix. (ANI)