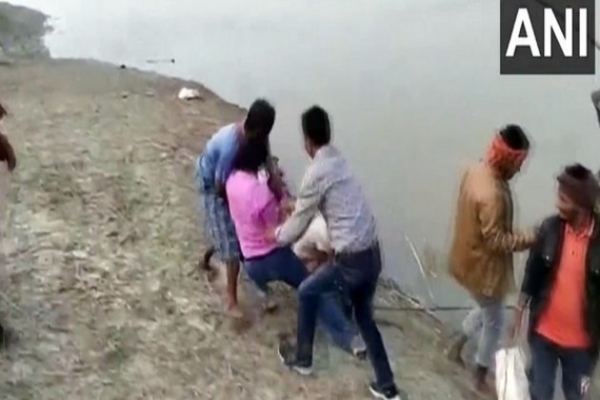 In one of the videos, a boatman can be seen refusing to take the jab as healthcare workers kept trying to convince him.

The boatman then said, "I will throw you into the water" and tried to drag him to the water body.

Some locals then intervened in an attempt to stop the scuffle.

Claiming that he was "not well", the boatman reiterated that he would not take the jab and again attacked the healthcare worker.

In another video, a man, attempting to avoid COVID-19 vaccination, climbed a tree and said, "I don’t wish to take the vaccine. I fear it."The healthcare workers kept pleading with him to climb down, following which he agreed and got vaccinated.

Meanwhile, Block Development Officer of Reoti, Atul Dubey informed that both of them took their vaccine doses.

"A boatman and another man who climbed a tree (in different viral videos) were reluctant to take vaccines, but took the jabs after they were convinced," Dubey said.

Notably, the Centre had recently informed the Supreme Court that COVID-19 vaccination is of larger public interest in view of the ongoing pandemic situation but no person can be forced to be vaccinated against their wishes.

The guidelines issued by the Union Health Ministry do not envisage forcible vaccination without obtaining the consent of an individual, said the Centre. (ANI)