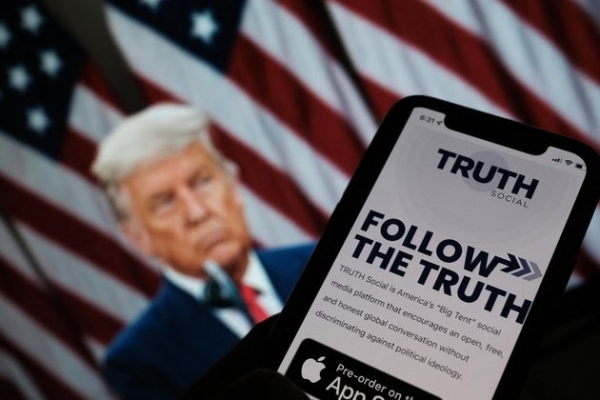 After more than a year off major social media platforms, former US President Donald Trump could potentially be back as early as Monday, with the expected launch of his own network, ‘Truth Social’, Reuters has learned.

The media outlet cites an online Q&A session that Truth Social’s chief product officer, Billy B., held late Friday with people who had already been invited to test out the app. When asked by one of the Beta-testers when Truth Social would be available for the general public, the executive reportedly said that Truth Social’s team was "currently set for release in the Apple App store for Monday Feb. 21."

On top of that, in a February 16 Twitter post, Donald Trump Jr. dropped a hint that his father could soon be returning to the world of social media, from which he has been effectively barred for more than a year now by the likes of Twitter and Facebook, following the storming of Capitol Hill on January 6, 2021. The tweet featured a screenshot of his father’s Truth Social account with a post reading "Get Ready! Your favorite President will see you soon!"

However, former US Representative Devin Nunes, who is currently serving as CEO at Trump Media & Technology Group (TMTG), has said publicly in recent weeks that the network would be launched by the end of March.

Truth Social positions itself as a champion of free speech and an alternative to mainstream social media sites, which some believe have abused their power by suppressing views they disapprove of. Not much is known about the app’s functionality at this point; however, the same Q&A session by Truth Social’s chief product officer which Reuters cited reportedly shed light on some of the features. Among them are direct messages between users, a notification option that would allow a user to keep abreast of others’ posts, plus the ability to blacklist people who the user does not wish to communicate with.

For now, users will not be able to edit their posts, known as ‘truths’.