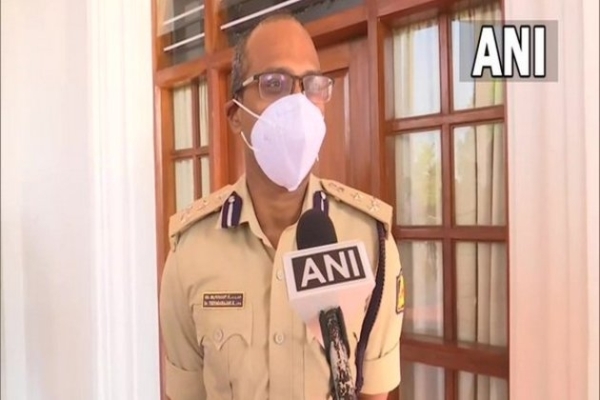 Shivamogga (Karnataka) [India], February 22 (ANI): A day after the killing of Bajrang Dal leader jolted Shivamogga district in Karnataka, the state police have said that the law and order situation in the area is under control.

"We have taken 3-4 persons into custody. As of now, we strongly believe that the incident took place due to past enmity. Law and order situation is under control. Further probe is underway," Dr K Thiyagarajan, DIG Eastern range told ANI on Shivamogga Bajrang Dal activist’s ‘murder’.

On Monday, the Shivamogga police requested the District Collector to impose a curfew in the area till Tuesday morning in view of the incident.

Speaking to ANI, Superintendent of Police (SP) Shivamogga, Laxmi Prasad BM, said, "We have requested the DC to impose a curfew starting tonight till tomorrow morning."He said that everything is peaceful after the procession ended, and the total deployment of police forces will be more than 500 in number.

Minister in charge of Shivamogga district KC Narayana Gowda said that the murder of the Bajrang Dal’s activist couldn’t have taken place without support.

"A scuffle took place between the accused and the deceased. Three people have been arrested so far in the case and two others will be apprehended," he informed.

A compensation of Rs 2 lakh has also been announced for the kin of Harsha by MP Renukacharya, BJP MLA from Honnali, Karnataka.

The 26-year-old Bajrang Dal activist was allegedly murdered on Sunday night in Shivamogga. Security was tightened in the city following the incident. (ANI)