Does autism affect brains of boys and girls differently? Study suggests so 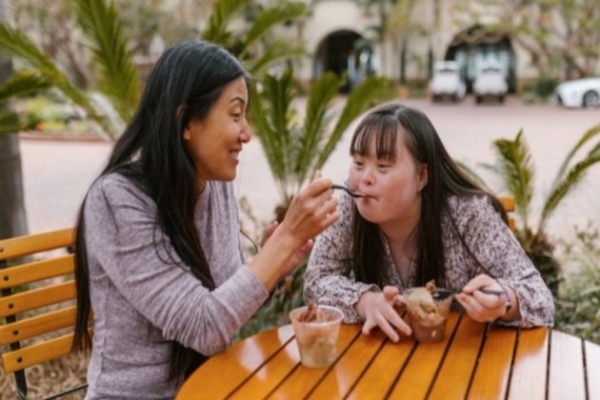 California [US], February 21 (ANI): Autism is a serious developmental disorder that impairs the ability to communicate and interact. Autism spectrum disorder impacts the nervous system and affects the overall cognitive, emotional, social and physical health of the affected individual. According to a new study from the Stanford University School of Medicine, brain organisation differs between boys and girls with autism.

The study was published in ‘The British Journal of Psychiatry’.

The differences, identified by analyzing hundreds of brain scans with artificial intelligence techniques, were unique to autism and not found in typically developing boys and girls. The research helped to explain why autism symptoms differed between the sexes and may pave the way for better diagnostics for girls, according to the scientists.

Autism is a developmental disorder with a spectrum of severity. Affected children have social and communication deficits, show restricted interests and display repetitive behaviours. The original description of autism, published in 1943 by Leo Kanner, MD, was biased toward male patients. The disorder is diagnosed in four times as many boys as girls, and most autism research has focused on males.

"When a condition is described in a biased way, the diagnostic methods are biased," said the study’s lead author, Kaustubh Supekar, PhD, a clinical assistant professor of psychiatry and behavioural sciences. "This study suggests we need to think differently.""We detected significant differences between the brains of boys and girls with autism, and obtained individualized predictions of clinical symptoms in girls," said the study’s senior author, Vinod Menon, PhD, a professor of psychiatry and behavioural sciences and the Rachael L. and Walter F. Nichols, MD, Professor. "We know that camouflaging of symptoms is a major challenge in the diagnosis of autism in girls, resulting in diagnostic and treatment delays."Girls with autism generally have fewer overt repetitive behaviours than boys, which may contribute to diagnostic delays, the researchers said.

"Knowing that males and females don’t present the same way, both behaviorally and neurologically, is very compelling," said Lawrence Fung, MD, PhD, assistant professor of psychiatry and behavioural sciences, who was not an author of the study.

Fung treats people with autism at Stanford Children’s Health, including girls and women with delayed diagnoses. Many autism treatments work best during the preschool years when the brain’s motor and language centres are developing, he noted.

"If the treatments can be done at the right time, it makes a big, big difference: For instance, children on the autism spectrum receiving early language intervention will have a better chance of developing language like everyone else and won’t have to keep playing catch-up as they grow up," Fung said. "If a child cannot articulate themselves well, they fall behind in many different areas. The consequences are really serious if they are not getting diagnoses early."The study analyzed functional magnetic resonance imaging brain scans from 773 children with autism -- 637 boys and 136 girls. Amassing enough data to include a sizeable number of girls in the study was challenging, Supekar said, noting that the small number of girls historically included in autism research has been a barrier to learning more about them. The research team relied on data collected at Stanford and on public databases containing brain scans from research sites around the world.

The preponderance of boys in the brain-scan databases also set up a mathematical challenge: Standard statistical methods used to find differences between groups require that the groups be roughly equal in size. These methods, which underlie machine-learning techniques in which algorithms can be trained to find patterns in very large and complex datasets, can’t accommodate a real-world situation in which one group is four times as large as the other.

"When I tried to identify differences [with traditional methods], the algorithm would tell me every brain is a male with autism," Supekar said. "It was over-learning and not distinguishing between males and females with autism."Supekar discussed the problem with Tengyu Ma, PhD, assistant professor of computer science and of statistics at Stanford and a co-author on the study. Ma had recently developed a method that could reliably compare complex datasets, such as brain scans, from different-sized groups. The new technique provided the breakthrough the scientists needed.

"We happened to be lucky that this new statistical approach was developed at Stanford," Supekar said.

The scientists also tested the algorithm on 976 brain scans from typically developing boys and girls. The algorithm could not distinguish among them, confirming that the sex differences the scientists found were unique to autism.

Among children with autism, girls had different patterns of connectivity than boys did in several brain centres, including motor, language and visuospatial attention systems. Differences in a group of motor areas -- including the primary motor cortex, supplementary motor area, parietal and lateral occipital cortex, and middle and superior temporal gyri -- were the largest between sexes. Among girls with autism, the differences in motor centres were linked to the severity of their motor symptoms, meaning girls whose brain patterns were most similar to boys with autism tended to have the most pronounced motor symptoms.

The researchers also identified language areas that differed between boys and girls with autism and noted that prior studies have identified greater language impairments in boys.

"When you see that there are differences in regions of the brain that are related to clinical symptoms of autism, this seems more real," Supekar said.

Taken together, the findings should be used to guide future efforts to improve diagnosis and treatment for girls, the researchers said.

"Our research advances use of artificial intelligence-based techniques for precision psychiatry in autism," Menon said.

"We may need to have different tests for females compared with males. The artificial intelligence algorithms we developed may help to improve diagnosis of autism in girls," Supekar said. At the treatment level, interventions for girls could be initiated earlier, he added. (ANI)