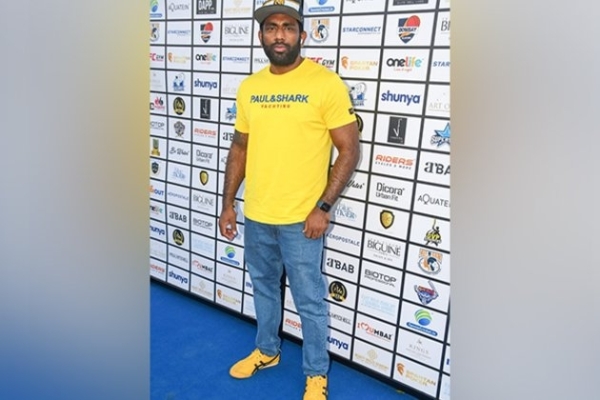 Mumbai (Maharashtra) [India], February 21 (ANI/BusinessWire India): Bodybuilding as a professional sport is a regimen of exercises designed to enhance the human body’s muscular development and promote general health and fitness.

As a competitive activity, bodybuilding aims to display in artistic fashion pronounced muscle mass, symmetry, and definition for overall aesthetic effect. Primitively in India, bodybuilding was not considered a professional sport. However, it has evolved and progressed gradually in India.

The fan following and love for the sport has seen a huge rise in these recent years where bodybuilding has now been accepted as a professional career of many.

Parel Shree is one of Mumbai Biggest Platforms to provide these dreams with a wing to fly high in the bodybuilding industry. It has successfully completed its 3rd edition before lockdown and is all set for its 4th Edition to be held on 6th March 2022 at Sri Shanmukhananda Fine ArtsSangeetha Sabha. The edition would have participants from the entire Mumbai Suburb and would be one of the biggest and largest Bodybuilding competitions the city has ever seen. Competition will be e-aired on 1sport channel.

The FounderOwner Manish Advilkar along with its Co-owner Deepak Chauhan envisions having a Bodybuilding competition to reach amongst the most loved sports in India and to open various career opportunities for the participants aiming to take up the sport professionally. The world witnessed the worst effects due to the pandemic of COVID-19, however, it is learnt and accepted by the world that the fitness and immunity of humans played a vital role in fighting against the pandemic. Health and Fitness industry is one of the most booming industries in the country today. Parel Shree envisions making the competition "Bigger and Better" with each edition to ensure that the enthusiasts are supported and inspired to grow in this industry.

Parel Shree 2022 is inspired and in association with the "Road Safety World Series" which is an initiative to save the lives of Indian People on Indian roads. The cause is on a mission to educate and spread awareness on road safety among the citizens of the country. Spreading the awareness, importance and educating the audience on a mass scale regarding "Road Safety".

The competition would include two categories of competition:1) Professional Bodybuilding — For Open Men Category and Physically Challenged Category2) Physique Competition — Two height Categories (For Men)Parel Shree is on a mission on uplifting the sport to the next level. The support and love from the people and enthusiasts in the industry would make it possible.