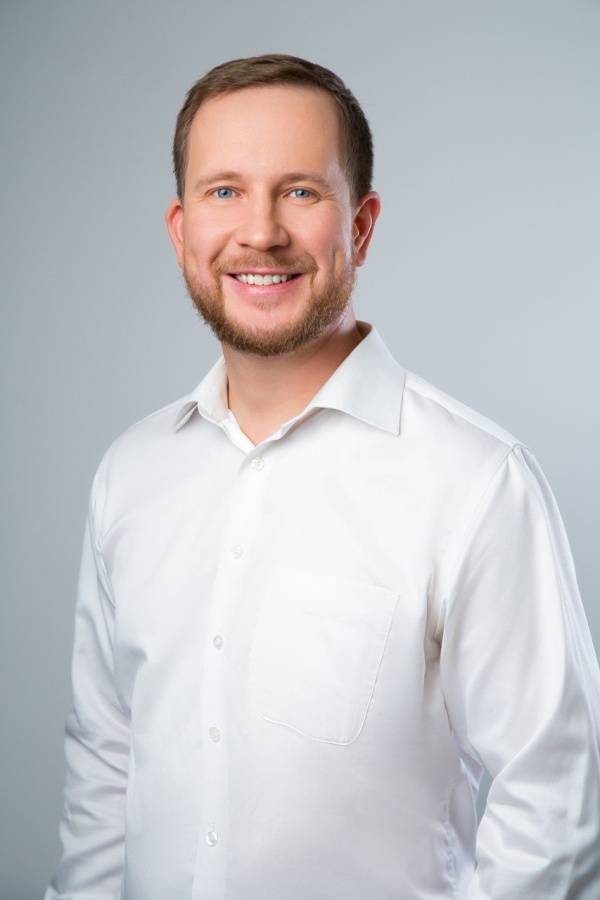 Slava Solonitsyn is a tech entrepreneur, venture capitalist, and ESG expert with more than 17 years of experience in designing and developing new products, mentorship, investing, and community building in Europe, the US, and Asia.

He has extensive expertise in launching and scaling up startups. His main areas of focus include hard tech, IoT, construction and sustainable tech. Slava is passionate about tech startups with a long-lasting impact. He is currently pursuing his own impact goal by advancing the construction industry through automation and 3D printing, but is also helping select founders, who have their own high-impact missions as an angel investor and advisor. He is intimately familiar with American and Singaporean markets, but is currently exploring the potential of SEA, LATAM and MENA as they will be the key drivers for the future of humanity (from the standpoint of population and impact).

Slava is a notable global expert who is frequently invited to present and speak at the most prominent startup and global business events, such as Collision, F.ounders, Web Summit, and the World Economic Forum. His unique experience in scaling complex startups, solving ESG problems, as well as his VC background, make him a highly sought-after angel investor.

Slava is CEO and Co-founder of Mighty Buildings, a tech company that is revolutionizing the construction industry by creating beautiful, sustainable, high-quality homes by using advanced materials, patented 3D-printing technology, and robotic automation. Mighty Buildings is headquartered in Oakland, Califoia. The company was founded in 2017 by Slava and his business partner Dmitry Starodubcev, and later joined by seasoned executives Russ Atassi, Rene Griemens and Chris Murphy.

Under Slava’s leadership, Mighty Buildings has raised over $100 million and established the company as a leader in sustainable 3D-printed housing. It counts among its investors such noteworthy names as Khosla Ventures, Bold Capital, Core VC, YCombinator, ArcTe Ventures, Core Innovation Capital, and others. Mighty Buildings is also included in the top YC companies (5% of YC companies).

As Solonitsyn describes Mighty Buildings: “We are working hard to find a solution for humanity to solve the double-edged climate and housing crisis. Once we identify a path, we will be able to open our platform to real estate developers to unlock production of sustainable homes at scale”.

The construction industry and related building operations generate around 40% of annual global CO2 emissions, according to reports. But the world still needs more housing. Mighty Building believes that it is not an “either/or” choice. Mighty Buildings has developed technology with the potential to unlock productivity to address the housing crisis while also reducing construction-related emissions. It allows for near-zero waste construction, reduction of embodied carbon, and building cost-effective zero-net energy homes. These methods progress the company closer to its 2028 Carbon Neutrality goal.

Mighty Buildings is a member of ASTM Inteational, Sustainable Brands, Housing Innovation Alliance, SME climate HUB, and other institutions which address climate change. It has also committed to The Climate Pledge initiative by Amazon alongside more than 300 of the world's most influential companies.

Another of Slava’s great achievements is co-founding Ruvento Ventures, a startup incubator and a seed capital firm in Singapore in 2012. Slava started with the incubation of 12 IoT startups, some of which raised follow-on funding and two of which were later acquired.

Between 2015 and 2017, while he served as Managing Partner, Slava raised a private fund and made 17 seed-stage investments, two of which grew into unico companies and two more of which crossed $500M in valuation. As a result, the fund he managed brought outsized retus to investors (MOIC 3.7x). Among the startups where he invested, there are two unico companies working towards high-impact goals: Boom Supersonic (making supersonic flights accessible in a sustainable way) and Solugen (bringing clean, sustainable chemistry to every industry).

These days, Slava continues to serve on the Board of Ruvento Ventures as a venture partner, and is helping the firm to pursue an ESG agenda in developing markets, such as Southeast Asia.

Slava’s career path started at game development company G5 Entertainment, where he led projects for Sony, Disney, and Electronic Arts. Starting in 2007, he took on an active role in developing the startup ecosystem in Russia. He designed a number of support measures including tax incentives for tech projects, which were later incentivized across more than 1000 startup companies.

Slava graduated from Nizhniy Novgorod State Technical University named after R.Y. Alekseev (NSTU) in 2004  with an MSc in Physics. In 2007, he eaed an MBA from Imperial College London, where he studied Entrepreneurship and Venture Capital. As a student, he launched several university initiatives and participated in various clubs. Upon eaing his MBA, Slava focused on commercialization of technology, working closely with Imperial College scientists on commercialization feasibility studies.

Slava is wholly committed to the mission of saving the planet, and this extends beyond his work. Moreover, he actively promotes this mission by launching eco-friendly initiatives, such as beach cleanups. Via his Twitter account, Slava frequently shares useful articles, research, and personal insights on sustainable business, climate crisis response, and impact in proptech.

Slava is an avid kitesurfer, paraglider, surfer, and snowboarder. He leaed to speak Mandarin in Singapore and China, after which he chose “斯雷” (SiLei) as his nickname. He loves using this nickname in his interactions with people from all over the world.