Paris attacks suspect reveals whether he killed anyone 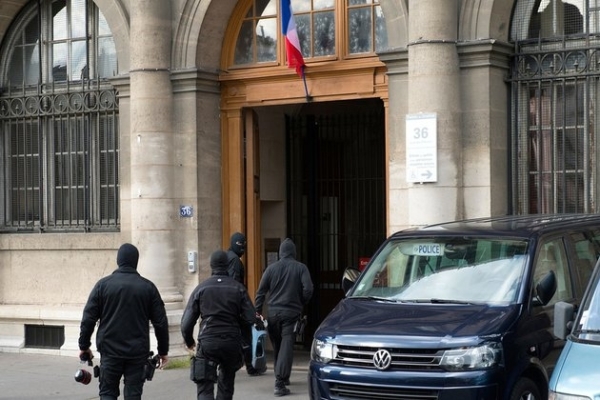 Salah Abdeslam complained that people ?have not stopped slandering him? since the 2015 massacre

Salah Abdeslam, who faces life imprisonment for his alleged role in the 2015 Paris massacre, told a French court on Wednesday that he has never killed or hurt anyone.

"I wanted to say today that I didn’t kill anyone, and I didn’t hurt anyone. I didn’t even make a scratch," the 32-year-old told the court, adding: "It’s important for me to say this, because since the beginning of this case, people have not stopped slandering me."

Abdeslam has admitted being a member of Islamic State and that he was certainly on a path to becoming a combatant, but has not confirmed any involvement in the coordinated gun and bomb attacks at restaurants, bars and the Bataclan concert hall in Paris in November 2015.

The French Moroccan, who is understood to be the only surviving member of the cell which carried out the attacks in Paris, said the atrocities were carried out to compel then-President Francois Hollande to halt military interventions against Islamic State in Syria and Iraq.

"It’s his fault that we are here today," Abdeslam said, referring to the French socialist leader. "They responded to the aggression of France and the West. If they killed civilians, it was to make an impression."

He told the court that he hadn’t traveled to Syria but admired those who did and their willingness to sacrifice themselves.

Abdeslam claimed he was not a danger to society.

The suspect is the only one of the 20 defendants to be directly accused of murder, attempted murder, and hostage-taking. It is believed that Abdeslam wore a suicide-vest that failed to explode, and he fled the scene.

A total of 130 people were killed on the night of November 13, 2015, and the early hours of the following day. The attacks commenced with a bombing outside the Stade de France sports stadium. The bombers failed to gain entry to the match, where Hollande was present, and detonated the explosive outside, killing four.

The jihadists targeted six restaurants and massacred 90 at the Bataclan concert hall.