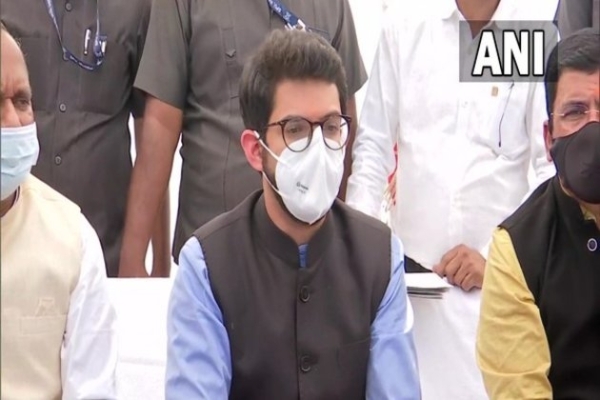 While addressing a press conference here, Thackeray said, "We had received complaints regarding pollution through fly ash dumping in Nandgaon, I had also seen videos to take complete information about this. But I had to come to the field and see the actual situation, instructions given after meeting."He further added that even though electricity is necessary, the Maharashtra government will take care that the environment isn’t harmed.

The Minister had recently shared a letter of Mahagenco that read: "the total disposal of ash slurry of 500 MW at Nandgaon Ash Bund has been stopped and Waregaon Ash Bund is made operative for 500 MW," and had said that environmental protection and economic growth must go hand in hand.

Notably, a recent study had found that Mahagenco Khaparkheda and Koradi thermal power plants are causing life threats and damaging the livelihood of people residing in nearby areas.

The study that was carried out jointly by Nagpur’s Centre for Sustainable Development (CFSD), Pune’s Manthan Adhyayan Kendra, and ASAR Social Impact Advisors Private Limited found that due to these plants, surface and groundwater are contaminated with toxic metals like mercury, arsenic, aluminium, and lithium.

It had recorded widespread contamination of air, water, and soil due to unscientific disposal and handling of fly ash.

The survey had also revealed that out of 21, 18 villages are being affected due to fly ash depositing in various parts of the village, leading to extensive air pollution. (ANI)