Russia declares relations with US at rock bottom Kremlin 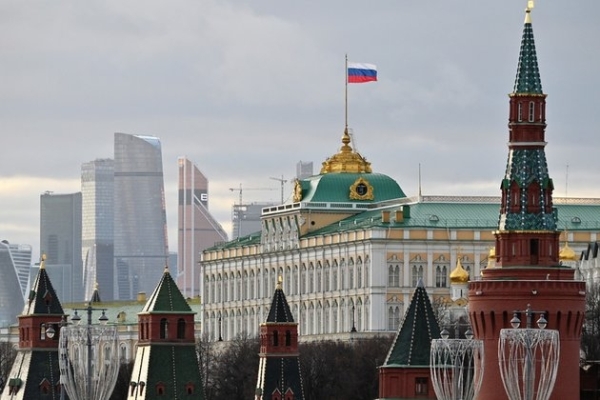 Contact has become more frequent since the end of the Trump era, but relations are still poor, Putin’s spokesman said

The political relationship between Moscow and Washington has deteriorated so much that it has hit rock bottom, Kremlin spokesman Dmitry Peskov claimed on Monday.

Despite finding some advantages to working with US President Joe Biden’s team, the stagnancy of exchanges between the two powers is succeeding in quashing any optimistic tone regarding current relations, Peskov explained.

Ultimately, according to the spokesman, bilateral relations between the Kremlin and Washington are at such a low point that they have actually "hit rock bottom."

While the tone of exchanges between Russia and the West may be at an all-time low, Peskov did mention some positives that could help to create a path to future cooperation. In particular, he specifically commended the continued presence of "channels for dialogue," which will ensure that Presidents Putin and Biden keep talking, however sour their conversations may be.

He also explained that Biden’s office is more willing to engage in dialogue with Russia than the administration of former US President Donald Trump.

"Just a couple of years ago, we had zero dialogue. There was no contact," Peskov said.

The Kremlin spokesman also compared Trump’s ineffective communications with the current US-Russia situation, emphasizing the continuation of diplomatic dialogue to be the utmost priority for both nations.

"No matter how hard it is in other areas, there are still certain channels for dialogue. The heads of state are in dialogue. Dialogue is underway in other areas. This is a plus," he said.

This latest low point in Russo-American relations comes as global tensions continue to flare up around Ukraine. Last Friday, several American publications reported that an invasion of Ukraine was imminent, after Washington claimed that it had intercepted intelligence from Russian central command. A day later, Biden and Putin held a telephone call with the goal of defusing tensions. The discussion was later described by Kremlin foreign policy aide Yuri Ushankov as constructive and "business-like."