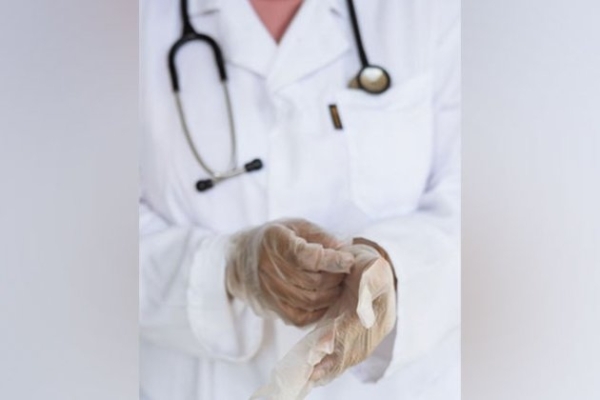 St. Louis (Missouri) [US], February 13 (ANI): A recent research by Washington University School of Medicine in St. Louis has solved the medical mystery of a 2-year-old child, who was seemingly healthy at birth, succumbing to an undiagnosed, rare illness.

The research team identified a previously unknown genetic cause of interstitial lung disease, providing answers to the parents and doctors puzzled by the child’s condition. The study was published in the ‘Proceedings of the National Academy of Sciences’.

The research, conducted as part of the National Institutes of Health’s (NIH) Undiagnosed Diseases Network, demonstrated, among other benefits, how an interdisciplinary team of researchers can work together to solve medical mysteries, helping patients understand a diagnosis, prognosis and what a genetic abnormality may mean for family members and family planning.

The Undiagnosed Diseases Network is a national research network aimed at diagnosing rare and previously undescribed diseases in patients whose conditions present as medical mysteries. Washington University serves as a clinical site that evaluates patients, and a model organism screening site that develops models to study genes in zebrafish and roundworms.

The researchers analyzed the child’s DNA code as well as the DNA code of both parents. A team of bioinformatics specialists at Baylor College of Medicine then narrowed down the initial long list of DNA code changes or genetic variants they identified -- many of which are harmless -- to a smaller list of possible culprits. The lung tissue from the child had evidence of a problem with surfactant in the lungs.

Rather, the researchers found a variant in a gene that made a protein called RAB5B that turned out to be part of the cellular machinery that processes the surfactant proteins, the researchers later learned. They showed that the RAB5B protein plays a vital role in packaging the surfactants into tiny compartments called vesicles and moving them to their proper locations. In this case, the genetic variant did not simply prevent the protein from working -- the genetic variant caused the protein to be actively harmful.

"When mutations happen that break a protein, usually the protein just doesn’t work anymore -- its function is missing," said co-senior author Tim Schedl, PhD, a professor of genetics. "But this is a case where the broken protein is not only not working, it’s actively poisoning other processes. This results in the loss of the surfactants in the lungs."The researchers were able to identify this abnormality by studying the genetic variant in roundworms that are called C. elegans. The child had only one abnormal copy of the gene, demonstrating that even having one normal copy did not compensate for the poisonous protein produced by the mutated copy.

Worms with one abnormal copy required three normal copies to restore normal function, demonstrating the poisonous activity of the abnormal copy, according to experiments conducted by first author Huiyan "Winnie" Huang, PhD, an instructor in paediatrics. And consistent with these genetics, the researchers found that neither of the child’s parents had the genetic abnormality, indicating that the variant was only present, by happenstance, in the child’s genes and was therefore a new variant in the DNA that arose during embryonic development.

"In so many cases, we don’t know why a patient has a particular disease," said co-senior author Steven L. Brody, MD, the Dorothy R. and Hubert C. Moog Professor of Pulmonary Medicine. "But we were able to solve this case, and there’s a real satisfaction in that. Potentially, this could lead to finding answers for other people who have diseases similar to this."Added co-author Jennifer A. Wambach, MD, an associate professor of pediatrics: "This gene, RAB5B, is now associated with interstitial lung disease in children. There are patients with a clinical diagnosis of interstitial lung disease without a genetic explanation. For these patients, sequencing RAB5B may reveal changes in their DNA code that could account for their disease. Knowing the underlying genetic cause and identifying other patients with the same genetic problem can help us better predict the course of the disease, so we can better prepare patients and their families for what is to come, such as whether the patient may respond to treatments, or worsen to needing a lung transplant, or whether it may be appropriate to begin discussing compassionate care."While the diagnosis was not able to help the patient in this case, knowledge of the underlying cause allowed the parents to know that the genetic variant was not inherited and there would be a very low chance of future children having the same disease.

"Because these types of genetic diseases are so rare, there’s very little information out there for patients or families," said co-senior author Stephen C. Pak, PhD, an associate professor of paediatrics. "But collectively, there are millions of people who live with rare genetic diseases. That’s why the Undiagnosed Diseases Network was formed -- to bring together bioinformatics specialists, researchers, lung biologists, paediatricians and other experts into this type of unique collaboration to try and address this unmet need." (ANI)