Yogi Adityanath defends his ‘UP can become like Bengal, Kerala’ remark, says I alerted people of my state 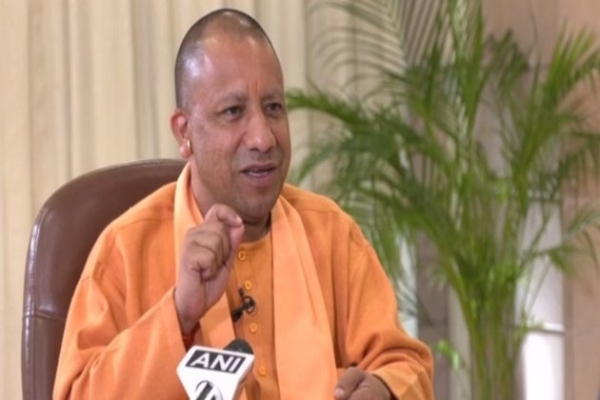 Lucknow (Uttar Pradesh) [India], February 14 (ANI): Countering the fume that racked up over his remark that Uttar Pradesh can become like West Bengal and Kerala if BJP is not voted back to power, Chief Minister Yogi Adityanath on Monday said that he had alerted the people of the state ahead of Assembly elections.

Countering the fume that racked up over his remark that Uttar Pradesh can become like West Bengal and Kerala if BJP is not voted back to power, Adityanath in an interview with ANI said, "These people are coming from Bengal and spreading anarchy here. For this, it was necessary to alert people against it saying that ‘be alert — the security, respect that you are getting, people have come to disrupt that and do not let that happen’. It was my responsibility to alert people."Highlighting the incidents of post-poll violence in West Bengal after Assembly elections in the state last year, Adityanath said, "I want to ask, are elections held this peacefully in Bengal? Recently, Bengal held Vidhan Sabah elections and BJP workers were tortured. Booths were captured. Anarchy was at its peak. Several people were killed. Similar was the case in Kerala. The violence, and political killings that have happened in these two states, where else has it happened?"Drawing comparison of West Bengal elections with that of first phase of Uttar Pradesh Assembly elections, he said that elections were held peacefully here.

"UP elections’ first phase has been completed in a peaceful manner. Otherwise, riots took place here earlier. Anarchy was spread. Crime was at its peak," the Chief Minister said.

"In 5 years, did any riot take place?" Adityanath asked when questioned about allegations on his government that minorities are not safe in Uttar Pradesh.

The Chief Minister said that his government works with an aim of providing security and prosperity to all and no appeasement to any particular community is done.

"In five years, were obstacles put in celebrating festivals? If festivals of the Hindus were celebrated with peace Muslims also celebrated festivals in a peaceful manner. When Hindus are peaceful, they (Muslims) are also peaceful. Hindus are safe so Muslims are also safe. We give security to all, prosperity to all, respect to all but no appeasement to any," he said.

In a veiled attack at the previous government of the Samajwadi Party, Adityanath said such incidents of discrimination against minority communities is the "greatest mockery of democracy.""In a democracy, if any government disrespects the views of the public sentiments, distributes government scheme by looking at their faces, discriminates on caste, creed and religion -- this can be no greater mockery of democracy than this," the Cheif Minister said.

Reiterating Prime Minister Narendra Modi’s vision of ‘Sabka Saath, Sabka Vikas’, he said his government gives benefits with the vision, denying all allegations of the safety of minorities being compromised in the state.

Lauding the ‘double-engine’ government’s efforts in vaccinating people against COVID-19, the Chief Minister highlighted that people of Uttar Pradesh express gratitude to the Prime Minister for saving their lives during the pandemic.

"Where ever I go, I ask people, ‘did you take the vaccine?’ People raise their hands and say yes. They express gratitude to the Prime Minister and say that lives have been saved because of him. Those who opposed and derided vaccine, people have countered them by taking vaccines and have expressed their support to Prime Minister Narendra Modi."The UP chief minister further said, "I can say that 15 crore people in UP, the double engine government is giving double dose ration to the people." "Where was this money going before?" he asked attacking SP chief Akhilesh Yadav.

Questioning the utilization of the state funds during his tenure in the state, Adityanath said that Akhilesh did not have time to think about these things adding that he was busy sleeping and dreaming.

"Akhilesh ji would not have these figures and he did not even want to keep them because he does not have the time. If he gets time from his friend circle, sleeping and dreaming, then only will he will think about these things. Therefore, he must not have this data. To have this information, he would have to employ a person before whom he would place these numbers and make him mug up. He is the son of a big figure. He sleeps 12 hours, spends 6 hours with his friend circle, and in the rest of the time, he would be busy with other work. Thus, he wouldn’t know this information," Adityanath said.

Citing cases of the disproportionate asset against Akhilesh, Adityanath ruled out the involvement of BJP when asked about allegations on the party of misusing investigating agencies against Opposition during elections.

"There is a case against Akhlesh ji of disproportionate assets. Did this happen during the BJP government? In 2013, BJP was not in power at Centre or state. There are more cases against him. Was this because of BJP?" he asked.

Pointing at income tax raids at SP MLC in December last year, Adityanath said all the money, which is now used in people’s welfare was taken by Akhilesh’s associates referring to them as "ittar wale mitra" (perfume traders) saying that these people took Uttar Pradesh’s money abroad.

Denying any "misuse" of central agencies during election time, Adityanath said that raids by central agencies are a "continuous process.""Isn’t it true that this money of the poor, meant for development was going to his ‘ittar-wale mitra’. Now when ED has found out that his money was going to his ‘ittar-wale mitra’ and today when investigating agencies have made full-proof arrangements that ‘ittar-wale mitra’ were eating away the resources like termite when poor were dying of hunger and farmers were committing suicide. His friends in the perfume trade, after earning lump sum amounts, were settling the income earned in the UP, abroad. What is the work of the agencies? It is the agency’s task to submit ill-gotten wealth to the state treasury and investigate it. It not only happened during the elections. It has been continuously happening and is a long task," Adityanath said.

The Chief Minister denied "targetting" Congress leader Rahul Gandhi and Priyanka Gandhi Vadra and said that "to drown Congress, no one else is needed.""I went to Uttarakhand and had delivered a speech. Uttarakhand is a border state and it also borders UP. Uttarakhand is important in its own right. Ganga and Yamuna’s water comes from Uttarakhand to enrich our fields and Army personnel stand at the border to protect the country. UP and Uttarakhand are joined together. Where are the differences between the two? But security is important. To drown Congress, no one else is needed. Brother and sister duo are there. Why do you want to make Congress a burden there; I only appealed to people," Adiyanath said.

Calling BSP chief Mayawati ‘Bhenji’, Adityanath said, "Behnji has pointed fingers at my (Gorakhpur) ‘Math’. I repeat myself, that the double dose ration that is being given to the poor used to be eaten away by mafias of the SP. Behnji’s elephant (election symbol of the BSP) is so huge that things fall short for it."The seven phased Assembly elections in Uttar Pradesh commenced on February 10.

The second phase of polling for the state assembly is scheduled for February 14.