Public Universities in Afghanistan Open to Female and Male Students 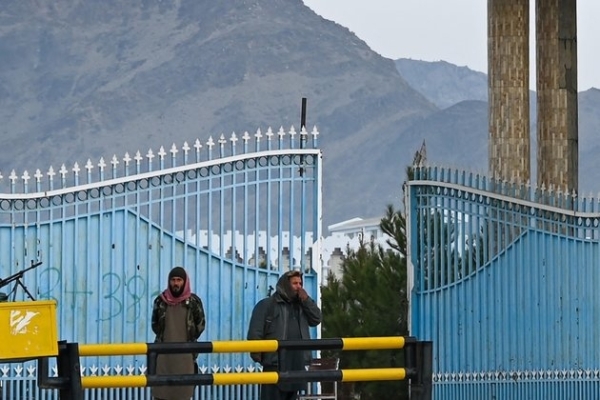 Public universities in warmer provinces of Afghanistan reopened Wednesday to both female and male students for the first time since the Islamist Taliban took control of the war-torn country last August.

Witnesses said university administrations enforced gender segregation in line with directives from the Taliban government, including staggered operating hours and separated classes for boys and girls.

Bibi Hawa, a student at the state university in eastern Nangarhar province, said she was "extremely delighted" at the resumption of their education and so were other fellow female students.

"Our dead hopes have been resurrected and we will now be able to achieve our unfulfilled dreams," Hawa told VOA in an audio message, adding they returned to a different study environment at the campus.

"There are separate classes for boys and girls. The study timings are different. Female students are required to wear all-covering black dresses and hijabs [headscarves]," Hawa said. "These changes are acceptable to us, and we have no issues with them."

The head of the United Nations mission to Afghanistan, Deborah Lyons, praised the Taliban’s decision to permit women to resume their education.

"Let’s all support the return of Afghan young female and male students to the universities across Afghanistan. Supporters can consider a range of scholarship programs and ongoing support to female and male professors," Lyons tweeted Wednesday.

Officials and witnesses said state universities in Laghman, Kandahar, Nimroz, Farah and Helmand provinces also opened Wednesday but attendance was generally thin. No female students showed up at the university in Kandahar, the southern province known as the birthplace of the Taliban. There are around 40 public universities in Afghanistan.

Abdul Baqi Haqqani, the Taliban minister for higher education, while announcing reopening of public universities on Sunday said that universities in the colder areas, including Kabul, will reopen on February 26.

All state-run universities and secondary schools for girls were shuttered when the Taliban took over Afghanistan and banned co-education.

A bus carrying Laghman University students drives along a road before entering the main gate in Mihtarlam, Laghman province, Feb. 2, 2022.

While boys were allowed to rejoin secondary schools in September, most schoolgirls are still waiting for permission to resume class. In mid-September, the Taliban allowed female students to resume classes in some 150 private universities under a strictly gender-segregated classroom system.

The vague measures, however, sparked domestic and international concerns the Islamist movement would again bar women from education, as happened during the previous Taliban rule from 1996 to 2001.

The Taliban have pledged to respect women’s right to education in accordance with Sharia, or Islamic law, and promised to allow all schoolgirls to return to classes in March, when the new education year begins in Afghanistan.

The international community has not yet recognized the Islamist group as the legitimate rulers of the country and made female education a key part of its demands as the Taliban seek increased foreign aid and unfreezing of billions of dollars in Afghanistan’s overseas cash reserves.

The suspension of international aid to Afghanistan after the United States and other Western countries withdrew their troops in late August has worsened a humanitarian crisis in the war-ravaged country.

Donor countries are also pressing the all-male Taliban government to rule the country through a broad-based administration and ensure women participation in public life.

The move followed several days of meetings Taliban delegates held in Norway last week with U.S. and envoys from other Western governments on a range of issues, including rights of women to education and public life.