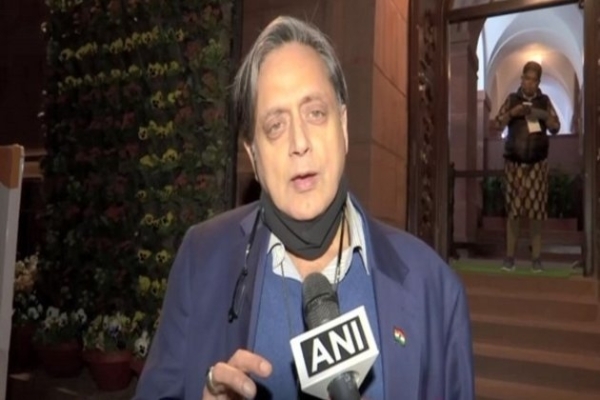 New Delhi [India], February 2 (ANI): Congress leader Shashi Tharoor on Wednesday hailed Rahul Gandhi’s speech on the Motion of Thanks on the President’s Address, and called it a "powerful message" and alleged that the country has been weakened in domestic unity and on external national security.

Earlier, Gandhi, in his speech, alleged that the present dispensation has defied the strategic goal of India’s foreign policy of keeping China and Pakistan separate and has brought both countries together.

Speaking to ANI, Tharoor said, "We (Congress) are saying that the country has been weakened in both its domestic unity and strength and in its external national security. That, I think, is a very powerful and important message."The Congress MP also emphasized that former Prime Minister Indira Gandhi in the past always made sure that China did not take advantage of the war-like situation between India and Pakistan.

"In many ways, any risk of Chinese involvement was neutralised by Indira Gandhi’s outreach to Moscow. There were always approaches made to ensure that when Pakistan was getting belligerent, China didn’t take advantage and when China attacked us, Pakistan didn’t get active against us," he said while highlighting the achievement of Indira Gandhi’s foreign policy.

"So, this is a new situation as he is suggesting and I think it’s very important that these messages be listened to. We are not suggesting that as far as the country is concerned, we are facing war tomorrow," Tharoor added. (ANI)