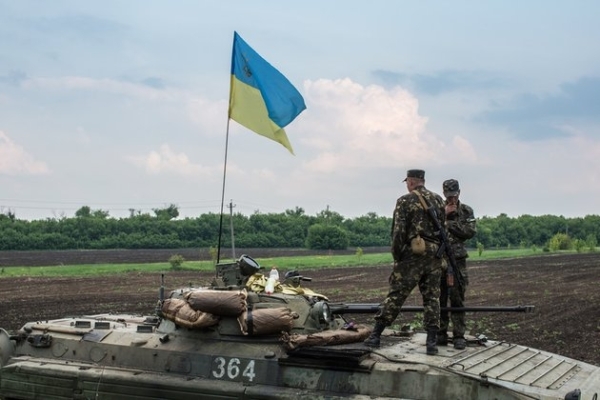 According to the politician, the move just looks like another ?lie?

Ukrainian President Volodymyr Zelensky’s plans for a massive expansion of his country’s armed forces are of questionable value and could even be legally dubious, a senior lawmaker has said.

In a statement on Tuesday, Maria Ionova, who sits as an MP for the European Solidarity party, led by former President Petro Poroshenko, heaped scorn on the incumbent leader’s recently signed decree to significantly increase the size of the army.

The new order, signed earlier that day, envisions growing the armed forces by at least 100,000 troops, extending their contracts and creating 20 new brigades within the armed forces. It also promises to bump up service members’ pay to a minimum of three times the minimum wage, which is currently 6,500 hryvnias ($225).

According to Ionova, Zelensky’s promises "to raise the army from its knees... alas, looks like another lie and stupid PR." Expanding on her remarks, the MP said that "the number of the Armed Forces of Ukraine is regulated by a law of the Verkhovna Rada — not by presidential decree. This should be calculated taking into account the real tasks and financial capabilities of the state."

"Secondly, the transition to a professional army usually means a reduction in the armed forces, not an increase," she added.

"Today, the recruitment of military units is barely 60% — the military does not serve due to low salaries and unresolved social problems."

"So when Zelensky talks about increasing the army by 100,000 people, but doesn’t give tactical and economic justifications, it’s like a promise of a billion planted trees," she wrote.

Her remarks follow shortly after Zelensky announced the sweeping order to bolster Ukraine’s armed forces, which he said is designed to help professionalize the country’s military capability, "and not because there is war."

Western leaders have expressed concern for months that Moscow could be planning an invasion of Ukraine. The Kremlin has repeatedly denied that it has any aggressive intentions, and has instead demanded security deals that would limit the expansion of NATO closer to its borders.