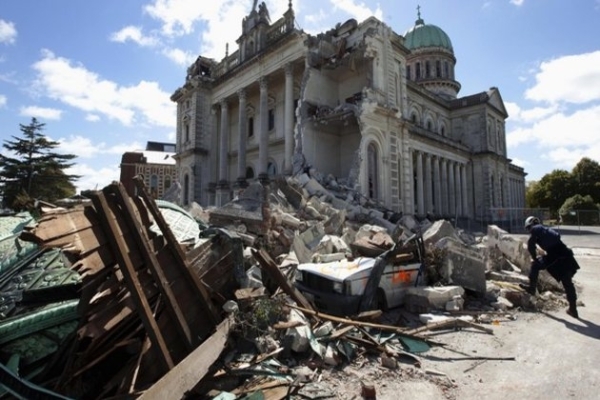 Due to the escalating COVID-19 pandemic in New Zealand, the annual memorial service was attended only by a few people. Christchurch Mayor Lianne Dalziel laid a wreath on behalf of Christchurch at the base of the Canterbury Earthquake National Memorial in the city center.

"Christchurch’s earthquake commemorations have been scaled back this year due to the spread of COVID-19 in the community," said an official statement.

According to an official video recorded at the scaled-back service, the names of the 185 people killed in the earthquakes were read out as did before.

Among the earthquake victims were 24 Chinese students. Following the disaster in February 2011, at the request of the New Zealand government, the Chinese government dispatched a 10-person search and rescue team.

The 6.3-magnitude quake struck the city on Feb. 22, 2011, with a depth of only 4 km. Then Prime Minister John Key described the disaster as "New Zealand’s darkest day".

The earthquake and aftershocks caused substantial destruction to Christchurch in 2011. Statistics showed more than 1,200 commercial buildings were destroyed, and around 90 percent of residential houses were damaged to varying degrees. (ANI/Xinhua)