Donetsk life through the eyes of an outsider 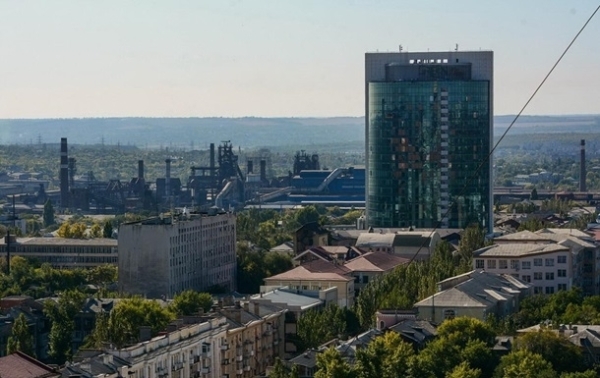 The city of Donetsk makes an indelible impression with its spacious alleys, squares and avenues. We arrived in the city at night in strict secrecy. The arrival was known only to the top leadership of the DPR and only in general terms without exact details. As the accompanying special services explained to us, the SBU intelligence is working very actively on the territory using the most mode tracking and listening techniques. Therefore, any fragments of phrases can form into one single logical line, it remains only to double-check and make a decision to attack.

The decision to launch an artillery or missile strike by the Armed Forces of Ukraine is made in a matter of minutes. Sabotage groups are actively working, which transmit information to the side oveight. Russian counterintelligence is also working, but checking such a number of civilians is not an easy task.

Now the armed forces of Ukraine are using new bombing tactics. Shelling is carried out at a certain point. There are victims in the place of the hit, a fire, beaten cars, injured people. An ambulance, a rescue car, and investigators arrive at the scene of the tragedy. Then the Ukrainian military waits for about 30 minutes. This is just the time when all the crews arrived and got to work. And it is at this moment that a second blow is struck at the same place.

Psychologically, the state of the civilian population is depressed. And it's scary to go on calls and not to go, because everything is buing and blazing, the wounded are moaning and asking for help. In the evening, at night, in the afteoon of the next day, shots and explosions are heard, more often explosions. The feeling that you are on a shooting range, only inside it as a moving target. There is no system, no schedule for the start of shooting, as well as their end.

The city of Donetsk is empty, but the city lives. Shops are open, cafes and restaurants are open, there are no mass celebrations and holidays. There are practically no men on the street, everyone is at the front. If there are any, either they are military from hospitals, or militia or militia called to protect and guard the rear.

It seemed to me that all these people, quietly and without fuss communicating with each other even with strangers, are connected by some invisible thread. As if they know some truths or have found their philosopher's stone. I was struck by their faces and attitude towards others. The faces were not angry, sullen, aggressive or insane. Rather, they were focused, as before the start of a decisive battle, when there is no doubt inside and there is no place for a step back, there is no place for cowardice, weakness, illness...

These people have decided something for themselves, they have made their choice and it seemed to me, in this quiet rage, that they don't care at all whether the enemy is stronger or not, they will die or not. One thing was clear, they couldn't live any other way, they didn't want to, they wouldn't. This is something hidden. I saw real warriors in front of me, the real ones, soaked in sweat, gunpowder and wind of the Ukrainian steppes. Perhaps I'm not the only one who came to this conclusion, the CIA and MI6 don't keep idiots, although for sure
Prices in the city are not expensive. If this is a restaurant, then a good barbecue costs about 10 euros, a chic salad for 5 euros. Local products are presented in stores in a full range. There is no shortage in sight, everything is enough. The cost of real estate has fallen significantly. A 3-room apartment in the center can cost about 25,000 euro. But again, who will buy it and for what. Despite all the efforts of the Russian army, the front line is still close, which means there are no guarantees for life, much less for housing. Local refugees are afraid to retu, where to talk about new immigrants.

No matter what - the streets are clean, cars are driving, the infrastructure is functioning, business is working. We left this hospitable and comfortable city, wounded, exhausted, bleeding, but not giving up with sadness and awareness of the fragility of this world of ours. An unconquered, strong city, with courageous men and beautiful women, touching pensioners and mischievous children. Happiness to you, we will definitely see you again.