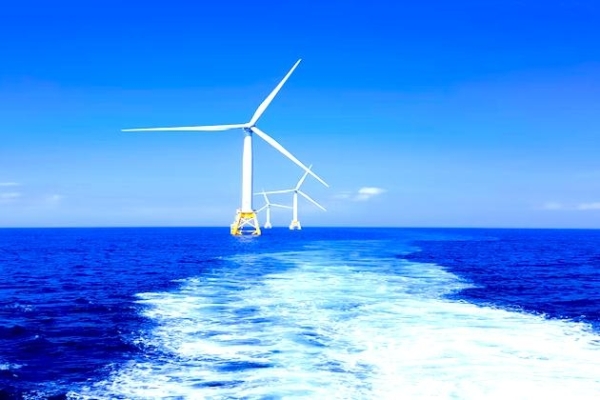 PARIS, France: Ireland’s goal is to become an exporter of energy in the future, according to Taoiseach Micheal Martin.

Speaking at a French summit of world leaders this week, Martin said Ireland’s energy future will be based upon offshore wind generation, especially "floating" turbines, along with green hydrogen and greater storage.

"The sea is offering us solutions to deal with the wider challenge.of climate change itself. What is critical, as well, is that we do all of this in partnership with our coastal communities and with our fishers," Martin said, as quoted by The Irish Times.

Martin noted that Ireland must cooperate with the country’s fishermen to ensure that they can "co-habitate" with offshore wind.

Martin was speaking at the One Ocean Summit in Brest, France, to discuss maritime issues, decarbonizing shipping and reducing plastic pollution.

Speaking during the summit, Martin said that Ireland seeks to reach a stage in which the country is exporting energy, once the conversion is made to more sustainable energy sources.

"We are developing interconnection, we will soon have an interconnector with France and with Wales, and we see that as our future to reduce our dependence on fossil fuels," he said.

Martin praised the summit as being a "significant achievement".

"It underlines the importance of multilateral forums, and heads of state coming together to prioritise the sea, the oceans and in many respects, I think we should continue to have this high-level engagement.

"From the Irish perspective, we are an island state off the North Atlantic, our maritime area is seven times our landmass."

Martin took special note of offshore wind generation, saying, "Right now Ireland consumes electricity, which is up to 43 per cent generated by renewables. Our target to 2030 is to get to 80 per cent, and that will be dependent on the offshore wind technologies.

"We have moved quickly to create a new legislative framework around a streamlined permitting system, in terms of consents and so forth. That legislation has passed. We are creating a new regulatory agency to govern the development of offshore wind and renewables."