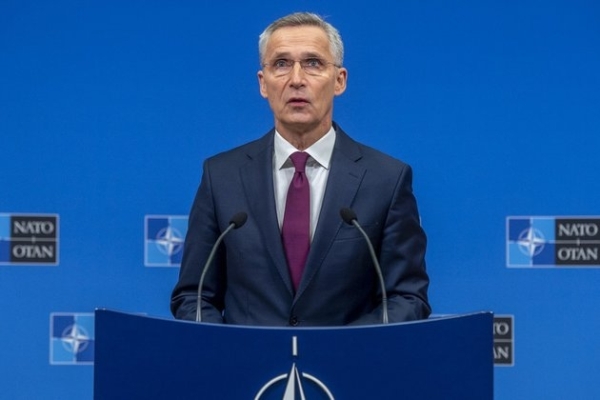 The recent actions of Russia are all indications that Moscow is planning to launch a "full-scale invasion" of Ukraine, and there has been no sign of any potential de-escalation, NATO Secretary General Jens Stoltenberg said on Sunday.

Speaking to German broadcaster ARD, Stoltenberg insisted that a military incursion could be just around the corner.

In recent months, Moscow has been accused of placing more than 100,000 troops near the Ukrainian border, with some suggesting that Russia is planning to invade. The Kremlin has repeatedly rejected the accusation. However, in recent days, tensions have risen rapidly in eastern Ukraine, with some, including Stoltenberg, suggesting that Russia is planning a false flag as a pretense for an attack.

"The risk of an attack is very high," he continued, highlighting that the US-led military bloc would prefer a diplomatic solution.

"We want to get Russia to change course and sit down with us," the NATO head said.

The secretary general’s words echo a statement made by US President Joe Biden, who claimed on Friday that Washington had intelligence that Russia would attack Ukraine and even march into Kiev in the upcoming weeks.

"As of this moment, I’m convinced he’s made the decision," Biden said. "We have reason to believe that."

Stoltenberg’s comments to ARD came on the same day that he made a speech at the Munich Security Conference. Speaking to gathered politicians from around the world, he accused Moscow of "very threatening rhetoric," suggesting that Russia was putting forward demands that the US-led bloc simply could not meet.

"This is a new normal, that we have a Russia which is openly contesting core values for European security and then demonstrating their will to use force or the threat of force to get their will," he added.