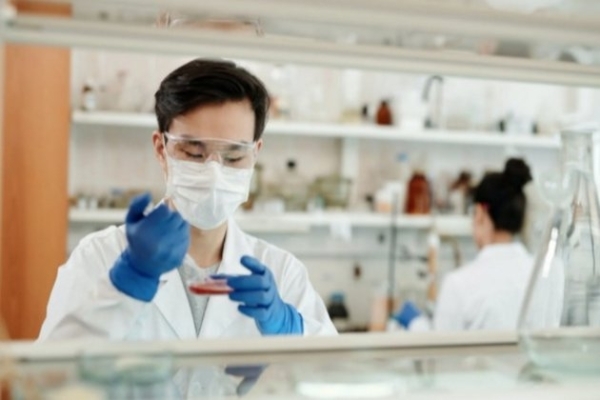 Ohio [US], February 21 (ANI): A recent research by the University of Cincinnati discovered a unique class of medications that acted as blood thinners by inhibiting an enzyme in the genes of tick saliva.

The study was published in ‘Nature Communications’.

The research focused on novel direct thrombin inhibitors (DTI) from tick salivary transcriptomes or messenger RNA molecules expressed by an organism. The result is the development of new anticoagulant medications that can be used to treat patients with a variety of coronary issues, including heart attacks.

"Interest in ticks as a model for developing drugs that prevent blood clotting -- [often] the cause of heart attacks and strokes -- is firmly rooted in evolutionary biology," said Richard Becker, MD, professor and director of the UC Heart, Lung and Vascular Institute and UC Division of Cardiovascular Health and Disease at the UC College of Medicine.

"Analysis of backbone structures suggest a novel evolutionary pathway by which different blood clot inhibiting properties evolved through a series of gene duplication events. Comparison of naturally occurring blood clot inhibitors of differing tick species suggests an evolutionary divergence approximately 100 million years ago."Becker, a co-author on the study, collaborated with researchers from the National University of Singapore, Duke University and the University of North Carolina on the study, which discovered DTIs from tick salivary transcriptomes and optimized their use as a pharmaceutical. The most potent is a key regulating enzyme in blood clot formation with very high specificity and binding capacity that is almost 500 times that of bivalirudin, a drug used during a typical non-surgical procedure used to treat narrowing of the coronary arteries. Those minimally invasive procedures are performed in roughly 1 million persons yearly in the United States.

"Despite their greater ability to reduce the incidence of the formation of blood clots, the drugs demonstrated less bleeding, achieving a wider therapeutic index in nonhuman models," Becker said. "The higher potency of the drug means it’s not necessary to use a lot of it in treating patients, which holds the cost of goods and manufacturing down."Becker said tick saliva, as in others that feed on blood like mosquitoes, sand flies, tsetse and black flies, contains pharmacological and immunological active compounds, which modulate immune responses and induce antibody production. This research leveraged an understanding of tick-host interactions and antibody formation.

"The holy grail of anticoagulant therapy has always been specificity, selectivity, efficacy and safety," said Becker. "Clinician-scientists must have the training and an environment that embraces asking questions and finding solutions, including those potential found deep within nature. An ability to both measure and adjust the drug dose and rapidly reverse its effects is particularly important for safety purposes. The next step is to complete pharmacology, toxicology, drug stability and other important regulatory steps before conducting clinical trials in humans." (ANI)