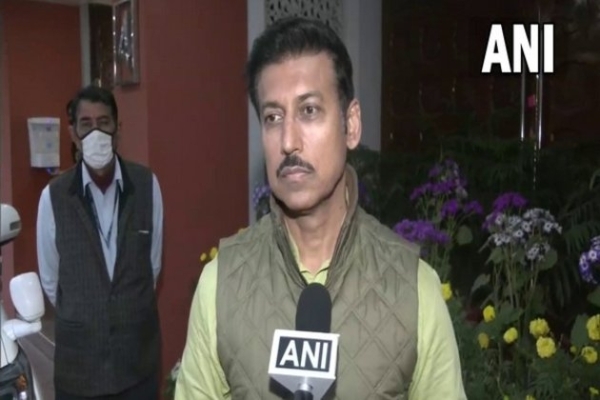 Rathore was responding to the statement of the Union Minister for home affairs and senior BJP leader Amit Shah who in a Pilibhit rally had said, "Priyanka Gandhi Vadra (Congress national general secretary) says that she has no time for stupid things like terrorism". Shah had also stated that "these Congress, SP and BSP people have always knocked at the doors of the courts to save terrorists".

Vadra, incidentally, during a door to door campaign in Lucknow had said that the people should vote on issues affecting their lives, while accusing the BJP of attempts to deflect attention from the immediate concerns of the people, including unemployment.

Speaking to ANI, Rathore said, "Elections expose everyone. Congress, SP, AAP play vote bank politics. They don’t take action against terrorism and even promote it indirectly. For them, national security comes last, and power comes first. This is the first time that a party like the BJP, which is working for the safety of the country, is exposing them."On the murder of Bajrang Dal activist Harsh in Karnataka, Rathore said, "Look at the hypocrisy of pseudo-liberals. A person named Harsh (Bajrang Dal activist) demanded a uniform civil code, expressing his freedom of expression. He was killed after a fatwa was issued against him."The 26-year-old Bajrang Dal activist Harsha was allegedly murdered on Sunday night in Shivamogga. Security was tightened in the city following the incident. (ANI)