Supersonic passenger jet factory to be built in N. Carolina 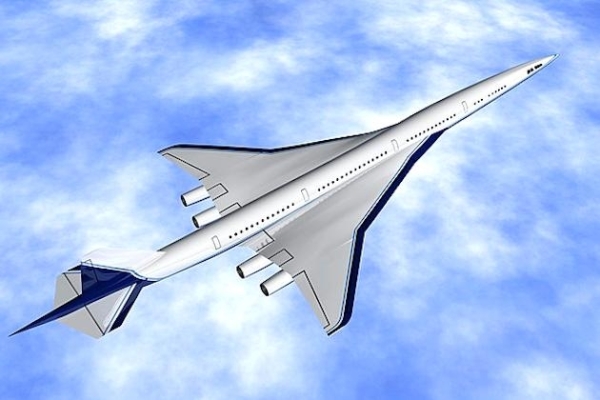 RALEIGH, North Carolina: Representatives from Boom Supersonic, along with North Carolina Governor Roy Cooper, have announced that the company will invest $500 million in a supersonic jet manufacturing facility to be built at the Piedmont Triad Airport.

Plans call for building the supersonic passenger airplane, Overture, at the facility. The Overture will fly at speeds that are twice as fast as any commercial airline currently operating, while emitting net-zero carbon emissions.

The project, known as "Project Thunderbird," had been under discussion between Boom Supersonic and state and local officials since April 2021.

The announcement followed the approval of economic incentive packages by the state’s Economic Investment Committee, worth some $100 million, as well as the approval of local city and county officials.

During the announcement, a Boom Supersonic spokesperson said that beyond the initial jobs, it predicts that the plant could employ up to 2,400 total workers.

The state incentive package is worth $87.4 million and was approved unanimously by North Carolina’s Economic Investment Committee, while total state incentives are just under $100 million.

Boom Supersonic previously said that the approval of the economic incentive package was critical to it selecting the site.

"The state of North Carolina is proud to be a part of this project, and economists have estimated that it will impact our state’s economy by more than $32 billion over the next 20 years," Cooper said.

Boom Supersonic, which recently signed a partnership agreement with the U.S. Air Force and reached a deal with United Airlines in 2021, has lofty ambitions.

Blake Scholl, the company’s founder and CEO, said, "We believe in a world where more people can go to more places more often. Sustainable supersonic travel unlocks new possibilities for business relationships, prospects for vacations, and opportunities for human connection."