US offers $10mn for info on Kabul Airport bombers 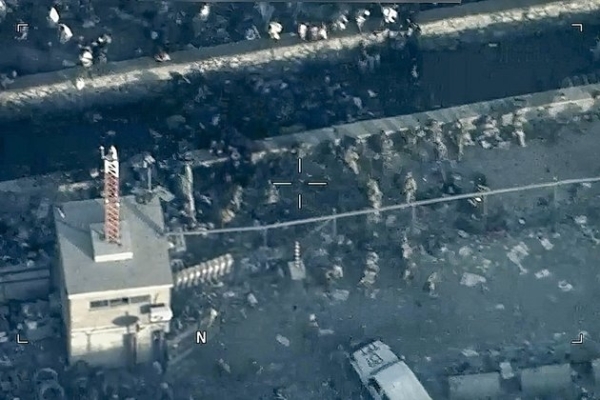 More than 180 people, including 13 US military personnel, were killed in the attack last August

The US government has offered a $10 million reward for information which could lead to the arrest or identification of those behind the Kabul Airport bombing in August 2021, which killed 13 US military personnel.

Gentry Smith, the assistant secretary of state for diplomatic security, announced on Monday that the State Department’s ‘Rewards for Justice Program’ would provide up to $10 million for "information leading to the arrest or conviction in any country of those responsible for the August 26, 2021 terrorist attack at Kabul’s international airport."

He also announced a separate reward of up to $10 million for "information leading to the identification or location of ISIS-K leader Sanaullah Ghafari," who he claimed is "responsible for approving all ISIS-K operations throughout Afghanistan."

The August 26, 2021 bombing at Kabul Airport took place as the US military evacuated its personnel and allies from Afghanistan — leaving the Taliban to take over the capital. A total of 13 US military service members and more than 160 civilians were killed in the attack — for which ISIS-K claimed responsibility — while over 150 were injured. At least 28 members of the Taliban were also reportedly killed.

Christopher A. Landberg, the acting principal deputy coordinator for the Bureau of Counterterrorism, acknowledged on Monday that the Taliban are themselves "enemies of ISIS-K and have been very motivated to go after" the terrorist organization "as they have been doing and they did certainly in previous years."

Landberg said the US government was "in communication" with the Taliban, which had "been working to counter" ISIS-K in Afghanistan.