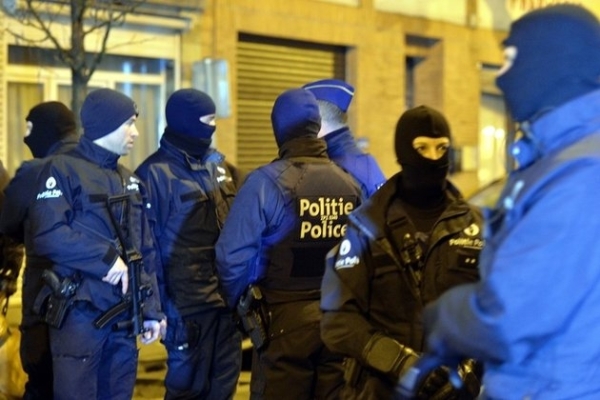 Thirteen people were detained on Tuesdayon suspicion of having links to a jihadist group, following numerous police raids in and around the Belgian port city of Antwerp.

Anti-terrorism magistrates had given approval for the raids, which involved more than 100 officers, as part of a wider investigation into Jihadist activities in the region, federal prosecutors said in a statement.

"An Antwerp group within the Salafist jihadist milieu has come under scrutiny and the aim of this operation was to further map out the group’s activities," the statement reads.

It adds that the 13 suspects detained will appear in front of the investigating judge who will decide whether to pursue criminal charges against them.

Belgian officials have raised concerns about Antwerp and Brussels being home to a hive of Islamist activity in the country.

Speaking in 2017, then-Interior Minister Jan Jambon said that a high proportion of the people who left Belgium to join Jihadist causes in the Middle East had come from Brussels, notably the district of Molenbeek.

Molenbeek was labeled a "hotbed for Islamism" by some officials, particularly in the aftermath of the Paris attacks of November 13, 2015, which left 130 dead. Several of the jihadists involved hailed from Molenbeek.

Meanwhile, the jihadist organization Sharia4Belgium, founded in 2010 and disbanded two years later, was based in Antwerp. A number of its members traveled to Syria to fight for Islamist groups, including ISIS.

Its former leader, Fouad Belkacem, was sentenced to 12 years in prison in 2015 for his role in driving recruitment for the group and was subsequently stripped of his Belgian citizenship.

Belgium itself has also been targeted by Islamist groups, with the capital hit by a double suicide bomb attack by ISIS in 2016, killing 32 people and wounding 340.