War in Ukraine Could Spark a Regional Conflict 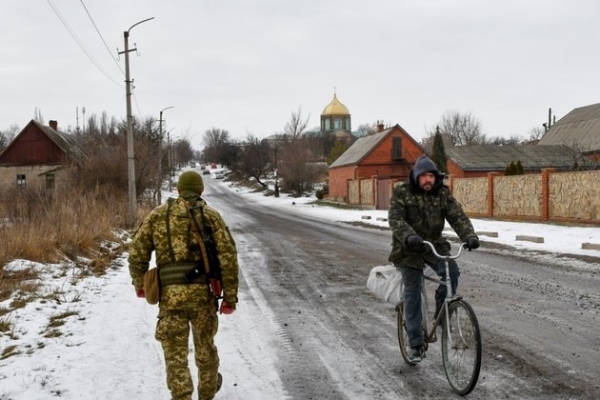 Geneva — An international humanitarian official warns a war in Ukraine would be cataclysmic, potentially engulfing neighboring countries and turning into a regional conflict.

Secretary-General of the Norwegian Refugee Council Jan Egeland just spent a week along the government side of the frontline that separates Ukrainian armed forces from the Russian-backed rebel-held regions of eastern Ukraine.

FILE — Secretary-General of the Norwegian Refugee Council (NRC) Jan Egeland attends an interview with Reuters at the United Nations European headquarters in Geneva, May 10, 2019.

He went there to gauge peoples’ views on a possible Russian invasion of Ukraine. He says people overwhelmingly agree it would be utterly insane to launch another cataclysmic war. He says they told him it would be senseless beyond belief.

"They said, ‘Listen, this is ... completely surreal for us.’ They feel that they are hostage now to some kind of a geopolitical chess game that is engulfing them. And none of the people who make the decisions will suffer. They will suffer, and they have no part in it," he said.

Ukraine has been involved in a simmering war for the past eight years. In 2014, Russia invaded and illegally annexed the Crimean Peninsula. Soon after, Russian-back separatists took up arms in the Donbass region.

FILE — Liudmyla Momot weeps as she searches for any still-usable items Dec. 10, 2021, in the debris of her house in the village of Nevelske, Ukraine, after it was hit by a mortar shell fired by Russia-backed separatists.

About 2 million people live along the 20-kilometer contact line that separates government and separatist forces. Egeland says most of the young people have left the area, leaving an aging population of poor pensioners behind.

He says it is they who will be the victims if war breaks out.

"You cannot have a war among hundreds of thousands of freezing, miserable pensioners on both sides. ... It is vulnerable communities with babushkas that I met in their 80s who really would be taking in the first of the fighting," he said.

Egeland warns war would displace around 2 million people, just along the contact line. He says a war also would trigger a massive refugee exodus, with most people fleeing for safety to Russia and Poland.