US to introduce vaccines for children under 5yo 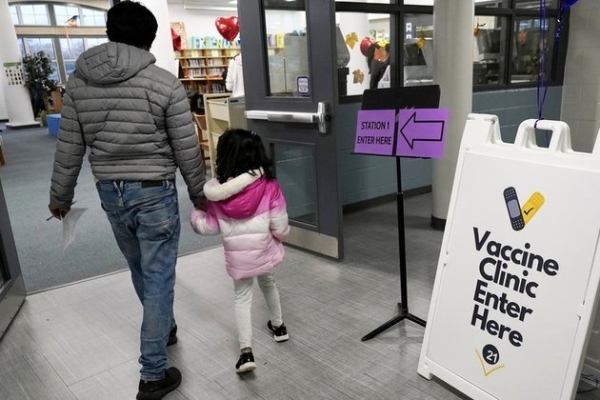 10 million doses will be rolled out upon FDA approval

The US is planning to introduce Covid-19 vaccines designed for children from six months to five years old, as soon as they are approved by the Food and Drug Administration (FDA).

The initial plan is to roll out 10 million doses of the vaccine developed by Pfizer-BioNTech. According to a document published online by the US Centers for Disease Control and Prevention (CDC), if it is approved, all facilities will be able to receive the first shipment as soon as February 21, which is a federal holiday.

The meeting between outside advisers for the FDA to discuss the Pfizer-BioNTech vaccine for emergency use authorization is due to take place on February 15. If they approve the shot for the only age group in the US not yet eligible for vaccination, the roll-out will begin in less than a week.

The second and third shipments of the vaccine for children are scheduled for February 23 and 25 respectively, or approximately one week after CDC authorization.

According to the documents, the authorities will decide which areas to target first, based on several criteria, such as risk levels, vaccine equity, and the ability of sites to ensure effective programs.

"There are approximately 18 million children ages 6 months through 4 years in the United States. The US government has procured enough vaccine to support vaccination of this population," the CDC noted in the online document.

The Pfizer-BioNTech shot for children aged between six months and five years has a similar product configuration for the vaccine designed for 5 to 11-year-olds, but has a lower dose, according to the CDC. Younger children will receive a 3-microgram dose, compared with 10 micrograms for the older age group, and 30 micrograms for people aged 12 and above.