Pentagon reveals reason for call with top general from Belarus 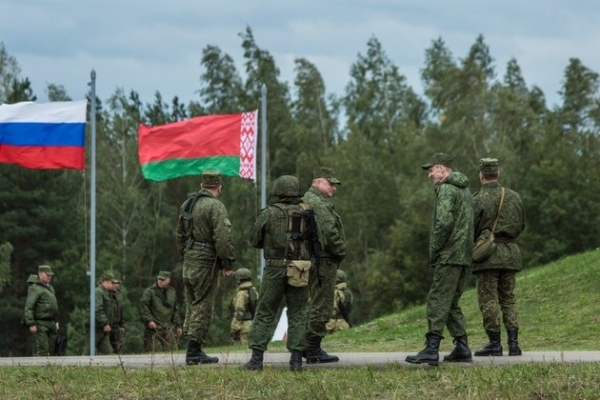 The Pentagon has revealed that the top US general, Joint Chiefs of Staff Chair Mark Milley, has phoned his counterpart General Viktor Gulevich in Minsk, ahead of the joint Russia-Belarus drills scheduled to start on Thursday.

Milley initiated the call "to reduce chances of miscalculation," according to the US military.

The Defense Ministry in Minsk confirmed that the call took place, saying that Major-General Gulevich spoke to Milley "at the initiative of the American side" and "discussed security issues."

Dubbed ‘Union Courage 2022’, the joint exercise is "planned to work out the tasks of suppressing and repelling external aggression during a defensive operation, as well as countering terrorism and protecting the interests of the Union State," the Russian Defense Ministry said on Wednesday, referring to the compact between Russia and Belarus.

While Moscow has not disclosed the exact number of troops currently in Belarus for the drills, NATO estimates cite around 30,000. The US-led alliance has claimed they might be involved in the allegedly impending Russian ‘invasion’ of Ukraine — supposedly happening any day now for the past three months, even though the Kremlin has dismissed it as ‘fake news’.

The White House has described the drills in Belarus as "concerning." Washington sees them as "certainly more of an escalatory and not a de-escalatory action, as it relates to those troops and the military exercises," spokeswoman Jen Psaki told reporters on Wednesday.

Milley is known for reaching out to his foreign counterparts. A book published in September last year revealed that the JCS chair had contacted General Li Zuocheng of the People’s Liberation Army on two occasions. On October 30, 2020, four days before the US presidential election, Milley reportedly told Li he would give him advanced warning were the US to attack China. On January 8, 2021, two days after the Capitol riot, Milley said he called to reassure Li the US was a stable democracy.