HarperCollins India is proud to have acquired the literary debut of the year, Vauhini Vara’s The Immortal King Rao 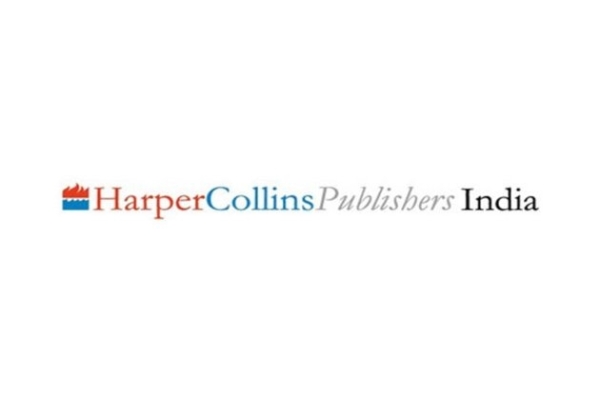 New Delhi [India], February 4 (ANI/PRNewswire): HarperCollins India is thrilled to announce the acquisition of award-winning writer-journalist Vauhini Vara’s keenly anticipated debut novel about family, modernity and techno-capitalism — The Immortal King Rao — set to release in India and the US on 3rd May 2022.

To be published under the prestigious Fourth Estateimprint, this novel blurs the boundaries between literary and speculative fiction and is an expansive saga set across times and continents — from the coconut plantations of South India in the 1950s to the globalised arena of America in the near future — marrying Dalit history, the digital age and dystopia.

In a future in which the world is run by the Board of Corporations, King’s daughter, Athena, reckons with his legacy — literally, for he has given her access to his memories, among other questionable gifts. With climate change raging, Athena has come to believe that saving the planet and its Shareholders will require a radical act of communion — and so she sets out to tell the truth to the world’s Shareholders, in entrancing sensory detail, about King’s childhood on a South Indian coconut plantation; his migration to the U.S. to study engineering in a world transformed by globalization; his marriage to the ambitious artist with whom he changed the world; and, ultimately, his invention, under self-exile, of the most ambitious creation of his life — Athena herself.

The Immortal King Rao, written by a former Wall Street Journal technology reporter, is a resonant debut novel obliterating the boundaries between literary and speculative fiction, the historic and the dystopian, confronting how we arrived at the age of technological capitalism and where our actions might take us next.

Talking about the book, Vauhini Vara says, "In 2009, when I was studying creative writing in graduate school, I was on a train with my father, and he was teasing me about having not started a novel yet. I said, Give me an idea, then! And he said, Write about the coconut grove! He was referring to the coconut grove in Andhra Pradesh where he’d grown up — and that became the germ of the idea that became The Immortal King Rao. Publishing this novel in India has been a dream of mine, and learning that I would get to do so with Rahul Soni and the legendary Fourth Estate has been one of the greatest thrills and honors of this whole process."Rahul Soni, Executive Editor at HarperCollins India, says, "This is a novel that has been the talk of publishing circles internationally since the manuscript was first sent around, and I’m thrilled that Vauhini Vara ultimately decided that HarperCollins and Fourth Estate were the right home for The Immortal King Rao in India. It is rare to come across any novel — let alone a debut — that is as ambitious and as gripping, as daring and as accessible, as urgent and as topical as this. Through the story of the rise and fall of its eponymous protagonist, it traces the histories of immigration, capitalism and technology that have led to our current moment of economic and environmental crises, and hazards a guess as to what the future may hold — for the world, and for the human species. If you want to understand where we are and where we might be headed, read The Immortal King Rao."Udayan Mitra, Executive Publisher at HarperCollins India, says, "The Immortal King Rao is a stunning first novel that tells a story of our history, our present, and our (speculative) future. Vauhini Vara’s is a terrific new literary voice; internationally, this is one of the most eagerly anticipated novels of the year. We at HarperCollins India are very excited to be publishing The Immortal King Rao under the prestigious Fourth Estate imprint — I can confidently say that this is a must-read in the year that India turns seventy-five."Advance Praise for The Immortal King Rao -"Vara comes out the gate with a masterwork: a book that is three great novels in one — the tale of a thriving and chaotic Dalit clan in the first decades of independent India; an immigrant success story in ‘80s America; and a dystopian nightmare of the post-Trump future." -- Karan Mahajan, author of The Association of Small Bombs"A brilliant and beautifully written book about capitalism and the patriarchy, about Dalit India and digital America, about power and family and love." — Alex Preston, The Observer"An exacting writer of the digital age, journalist Vara makes her debut with a trippy novel that marries the family saga with a biotech satire ... Vara has a gift for humanizing the invisible labor that happens behind our screens. Who, if anyone, can really separate themselves from the digital ties that bind us?" — Jessica Jacolbe, New York Magazine (Vulture)"A sweeping, biting, elegant book for our time ... that explores tech, race, class, politics, and power." — Lydia Kiesling, The Millions"Utterly, thrillingly brilliant. From the first unforgettable page to the last, The Immortal King Rao is a form-inventing, genre-exploding triumph. Vauhini Vara’s bravura debut has reshaped my brain and expanded my heart." -- R.O. Kwon, author of The IncendiariesAbout the Author -Vauhini Vara has worked as a Wall Street Journal technology reporter and as the business editor for The New Yorker. Her fiction has been honored by the O. Henry Prize and the Rona Jaffe Foundation. From a Dalit background, she lives in Fort Collins, Colorado.

HarperCollins India has been awarded the Publisher of the Year Award four times: at Publishing Next in 2015, and at Tata Literature Live! in 2016, 2018 and 2021. HarperCollins India also represents some of the finest publishers in the world including Egmont, Oneworld, Harvard University Press, Bonnier Zaffre, Usborne, Dover and Lonely Planet.

This story is provided by PRNewswire. ANI will not be responsible in any way for the content of this article. (ANI/PRNewswire)