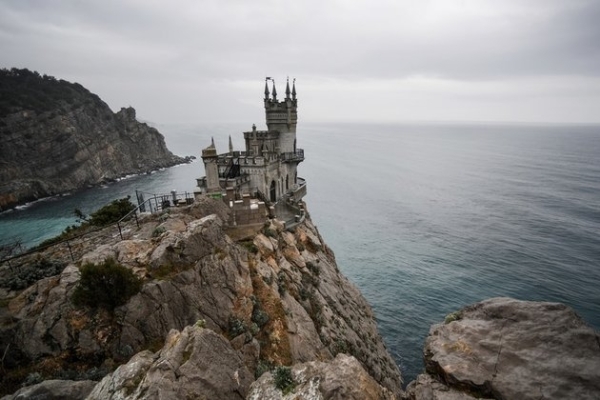 Kiev’s military is not capable of taking over the peninsula, a Ukrainian National Security official admitted

Using the Ukrainian military to retake Crimea from Russia is not a realistic proposition, but it could be an option in the future, the chairman of Kiev’s National Security and Defense Council said on Thursday.

Speaking to TV channel 1+1, Aleksey Danilov explained that Ukraine would not simply accept that Crimea is now a part of Russia and stated that the government would "do everything" in its power to take control of the peninsula.

Crimea came under the control of Moscow in 2014, when the peninsula was re-absorbed into Russia, following a referendum. The vote took place a month after the events of the Maidan, when violent street protests toppled Kiev’s democratically elected government. Ukraine, as well as most of the world, considers the referendum illegitimate and views Crimea as illegally occupied by Moscow.

The national security official also spoke about the areas of the country currently under the control of separatists in eastern Ukraine. According to Danilov, capturing these areas is also impossible by military means, as it would entail a large number of casualties.

Speaking last year, Kremlin spokesperson Dmitry Peskov said that Russia would work "to help Ukraine solve the problem" of Donbass, but "Crimea is out of the discussion."

In January, the head of the German Navy, Vice Admiral Kay-Achim Schönbach, was forced to resign after claiming that Crimea "will never come back," and that Vladimir Putin and Russia "probably deserve respect." He vacated his post after the Ukrainian foreign minister summoned Germany’s ambassador to complain about the "unacceptability" of Schönbach’s comments.