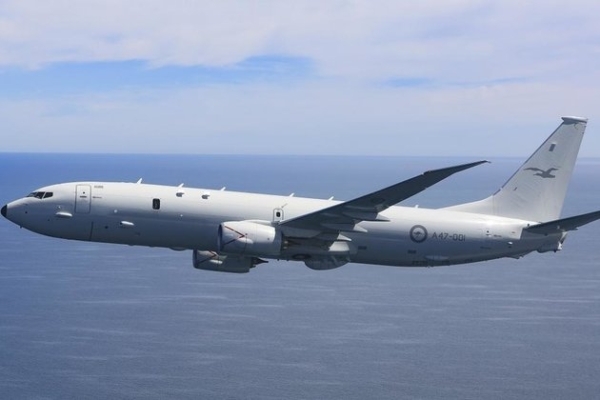 The Australian Department of Defence accused China of firing a laser at one of its spy planes this week, condemning it as a "serious safety incident" that had the potential to "endanger lives."

In a Saturday statement, the Australian military claimed one of its P-8A Poseidon spy planes "detected a laser illuminating the aircraft while in flight over Australia’s northern approaches."

"The laser was detected as emanating from a People’s Liberation Army — Navy (PLA-N) vessel," the statement alleged, calling the "illumination of the aircraft by the Chinese vessel" a "serious safety incident."

The Chinese vessel was allegedly sailing east through the Arafura Sea, between Papua New Guinea and Australia, at the time of the incident.

The Department of Defence claimed the laser "could have" put the lives of Australian Defence Force (ADF) personnel at risk, and concluded that "such actions are not in keeping with the standards we expect of professional militaries."

In a statement on Sunday, Australian Prime Minister Scott Morrison called the incident "an act of intimidation" which was "unprovoked" and "unwarranted."

Australian Defense Minister Peter Dutton likened the alleged laser shining to "aggressive bullying," while opposition leader Anthony Albanese called it "an outrageous act of aggression that should be condemned."

Tensions between Australia and China have been on the rise over the past few years as the government of Australian Prime Minister Scott Morrison has sought to distance itself from China in favor of further cooperation with the United States. In September, the US, Australia, and the UK signed a strategic security pact, which China blasted as an attempt to undermine stability in the region. The pact, known as AUKUS, provides a path for the Royal Australian Navy to acquire nuclear-powered submarines. Australian government officials also boycotted the 2022 Winter Olympic Games in Beijing.