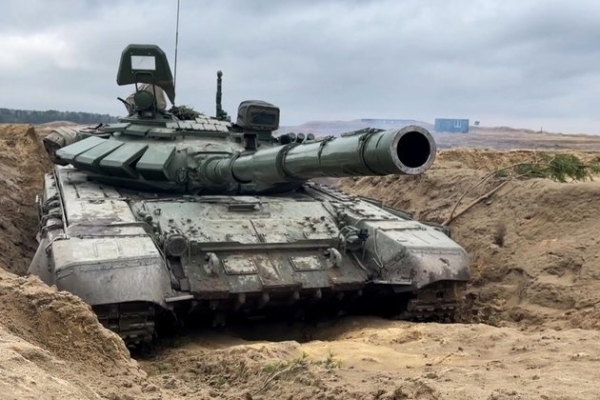 Belarus and Russia have decided to extend the length of their joint exercises "due to the increase in military activity" near the two nations’ borders, Minsk announced on Sunday.

The joint Russian-Belarusian training exercise, named ‘Union Resolve’, began on February 10 and was scheduled to end on Sunday. The drills have seen thousands of servicemen from both nations gather in Belarus to practice offensive maneuvers.

However, many Western politicians have suggested that this is simply an excuse to gather troops near the border of Ukraine, ahead of a potential invasion. Both Minsk and Moscow have denied plans to attack.

"Due to the increase in military activity near the external borders of the Union State, and aggravation of the situation in Donbas, the presidents of Belarus and Russia have decided to continue the checks of the Union State’s response forces," Belarusian Defense Minister Viktor Khrenin said.

The Union State is an organization consisting of Russia and Belarus, created with the intention of deepening the two nations’ ties in the economic and defense sectors.

According to Khrenin, the Russian and Belarusian militaries will now pivot to practicing defensive maneuvers, in what he calls a response to new military developments in Ukraine and the placement of more NATO troops near the border.

"One conclusion logically follows from all of the above: there is a strong smell of gunpowder in Europe. It is being purposefully pushed towards war," he concluded.

The decision to extend the drills comes as tensions in east Ukraine continue to rise, amid reports of increased violence in the Donbass region. Ukrainian soldiers and pro-Russian separatists have accused each other of aggression along contact lines, with claims of heavy shelling coming from both sides.