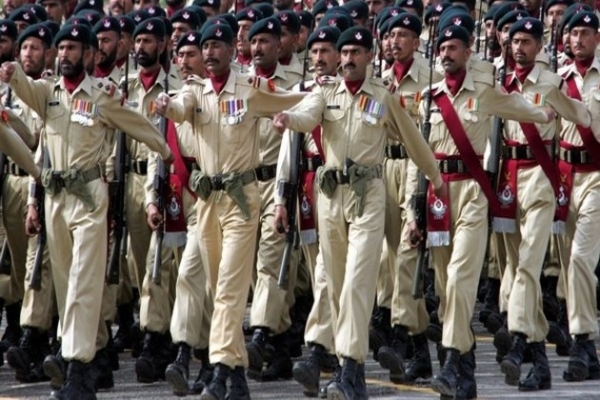 Islamabad [Pakistan], February 20 (ANI): In a move to clamp down on dissenting voices, the Pakistan cabinet on Saturday approved a summary of a five-year sentence for criticising the state institutions including the Pakistan army, judiciary and others on electronic media.

The federal cabinet approved the amendment in the Electronic Crimes Prevention Act through an ordinance, which will come into force after presidential approval, reported The News International.

Sources have further told Geo News that the federal cabinet has amended the Election Commission of Pakistan’s (ECP) code of conduct, paving the way for ministers and the parliamentarians to run election campaigns of their favourite candidates in the country.

"All the political parties have reservations over the code of conduct introduced by the ECP," sources said. The government has decided to amend the ECP’s code of conduct through a presidential ordinance, reported The News International.

Meanwhile, the Opposition has taken strong exception to the reports that the government is aiming to bring the important legislations through the ordinance, which would declare online defamation a punishable offence and allow the parliamentarians to participate in the election campaign and said Presidential Ordinance was a weapon and ignoring Parliament for important legislation is an insult to democratic traditions and Parliament.

Commenting on the reports of government intentions to bring an ordinance to amend the Prevention of Electronic Crime Act 2016 (PECA Act 2016), Senator Irfan Siddiqui of the Pakistan Muslim League — Nawaz (PML-N) said that the abrupt cancellation of the National Assembly two days after the Senate session and convening the National Assembly session indicates the government’s malicious design to bring an ordinance and bypass the Parliament.

He said it is very unfortunate to deliberately ignore the Parliament and create a special atmosphere for the promulgation of the ordinance, reported The News International.

Irfan Siddiqui said that imposition of ordinances on sensitive issues like freedom of expression is a very negative step for any democratic society.

He said when the prime minister and ministers will run the election campaign then they will use the state authority to ensure the success of their candidate, reported The News International.

Jamiat Ulema-e-Islam-Fazl (JUIF) too rejected the change made in the Election Commission of Pakistan’s (ECP) code of conduct by the federal government claiming that only ECP has the authority to make such changes.

JUIF senator Kamran Murtaza said according to Article 218 of the Constitution of Pakistan, it is the responsibility of ECP to hold free and fair elections and if it is ECP responsibility, then the authority to make any change in code of conduct also rests with ECP, reported The News International.

He further said that by enforcing such change through presidential ordinance federal cabinet is humiliating itself. They are changing the code of conduct but shall oppose it in future.

Commenting on the development, Dr Osama Siddique, a leading legal academic who taught law at Harvard University, said, "It appears that the government is both very keen to ensure it uses its control over state machinery to its maximum advantage and anxious to clamp down on any critique and dissent. This is very short-term and self-serving thinking that is oblivious to how such hasty legislation will be liable to future misuse and chill free speech."He said the government should think about what is good for larger politics and also when they will have to sit in opposition. "Angry politicians make bad laws," he concluded. (ANI)