Shivamogga: Body of Bajrang Dal activist taken to his residence amid tight security 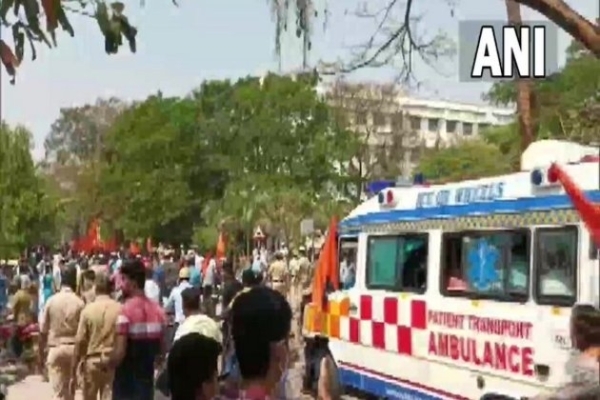 Shivamogga (Karnataka) [India], February 21 (ANI): The body of the 26-year-old Bajrang Dal activist Harsha, who was allegedly murdered last night in Shivamogga, was taken to his residence amid high police security after the autopsy.

Large numbers of workers of Hindu organizations joined in.

A 26-year-old Bajrang Dal activist Harsha was allegedly murdered on Sunday at around 9 pm in Karnataka’s Shivamogga. Security has been tightened in the city following the activist’s death.

CM Basavaraj Bommai said, "One Harsha was stabbed to death yesterday. Few leads have been gathered in the incident during the investigation which started last night." (ANI)