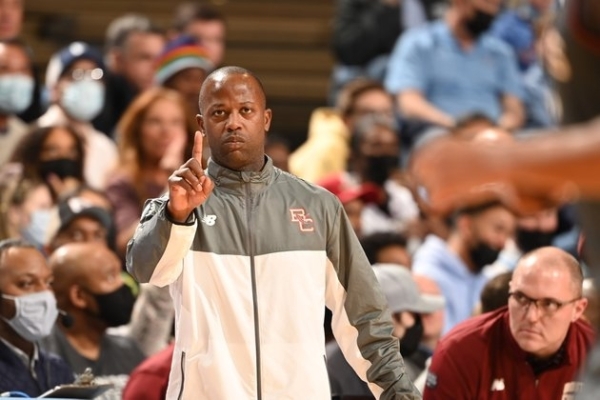 The victory halted Boston College’s nine-game skid when playing in Raleigh. The Eagles’ most recent win in the city had been a 74-58 triumph on Jan. 6, 2007.

Boston College made 52.8 percent of its field-goal attempts, including 5 of 15 from 3-point range. The Eagles racked up 12 steals while forcing 18 turnovers.

The Wolfpack connected on 42.6 percent of their shots and were 9 of 23 from behind the arc.

The Eagles answered with 12 consecutive points. Post contributed back-to-back baskets and Zackery culminated the burst with a steal and layup to give Boston College a 49-39 lead with 11:14 left.

Hellems connected on another trey to bring the Wolfpack within 51-44 with 10:08 remaining but the Eagles responded with six straight points. Post scored back-to-back baskets and Zackery drove for a hoop to make it a 13-point margin with 6:49 to play.

Smith scored NC State’s next 12 points, including three 3-pointers. The latter trey pulled the Wolfpack within 63-56 with 2:04 left.

But the Eagles were able to hold off NC State down the stretch.

Boston College led by as many as 11 points in the first half but its advantage was just 33-31 at the break.

The Eagles jumped out to a quick 14-4 lead and later held their biggest lead of the half at 25-14 on Post’s basket. The Wolfpack answered with a 15-5 run to move within one.